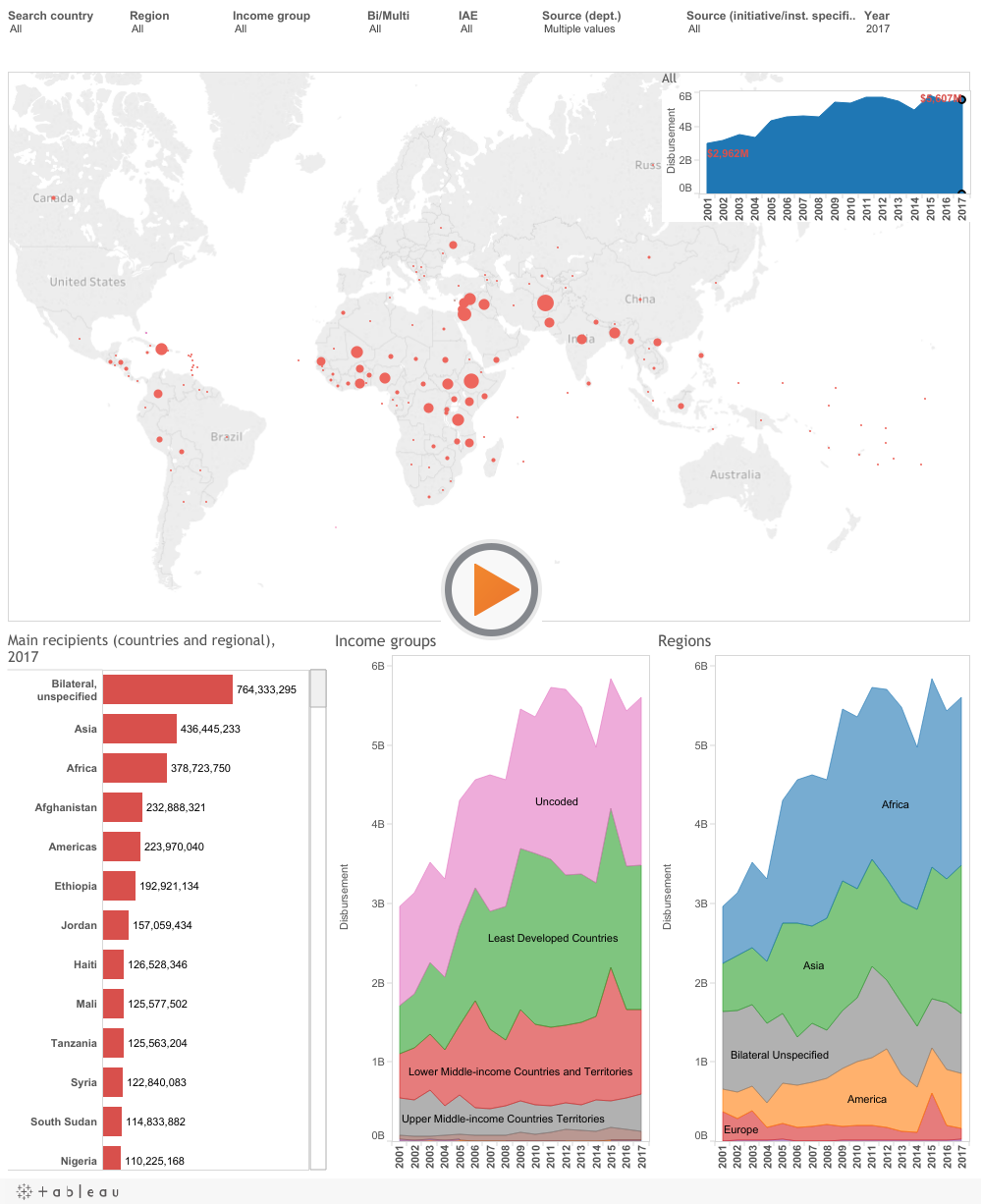 The dashboard below provides data and comparative analysis on Canada’s gender targeted ODA.

How does Canadian gender-targeted ODA compared against the Gender Inequality Index?

Canada, the United Kingdom and the United States, are the few exceptions in the OECD DAC that consistently screen nearly all of it’s project-level data for gender objectives. In 2017 for instance, France (23.1%), Germany (36.9%), Italy (74.0%), and Japan (14.6%) reported a significant number of projects that had not been screened for gender objectives.

Compared against more appropriate comparators for Canada’s donor size: Sweden committed slightly more to gender targeted projects (USD $2.4B), where Canada ranked above the Netherlands (USD $1.4B), Australia (USD $1.1B), and Norway (USD $0.8B) in 2017.

Hover over country circles on the map to see gender targeted ODA to that country. Circles are sized to reflect the amount of Canadian aid the country receives (in the selected year, by default most recent). The circles are also divided into different levels of gender targeting. See the methodology below for how gender targeting is classified.

The dashboard defaults to Canada’s gender targeted data, but you can use the DAC Donor dropdown to view other donor’s project-level data. Use the other drop-downs to limit the data by “recipient income group,” “recipient,” “gender marker,” or change “year”.

The bottom-most pane gives the project listing and values for the filtered selection. Use the gender inequality index slider to the left of the details pane to limit countries by the GII value.

Project-level data is sourced from the OECD-DAC’s project-level Creditor Reporting System (CRS) and we make use of the CRS’ gender marker.

The OECD DAC CRS gender marker is based on a three-point scoring system:

Additionally, we reported grant and loan ODA flows on a commitment basis. Commitments, as opposed to disbursements, measure donors’ intentions and permit monitoring of the targeting of resources to specific purposes and recipient countries.  Commitments are often multi-year and subsequent disbursements spread over several years. In the data used here, commitments, even if multi-year, are recorded in whole in the year they are signed.