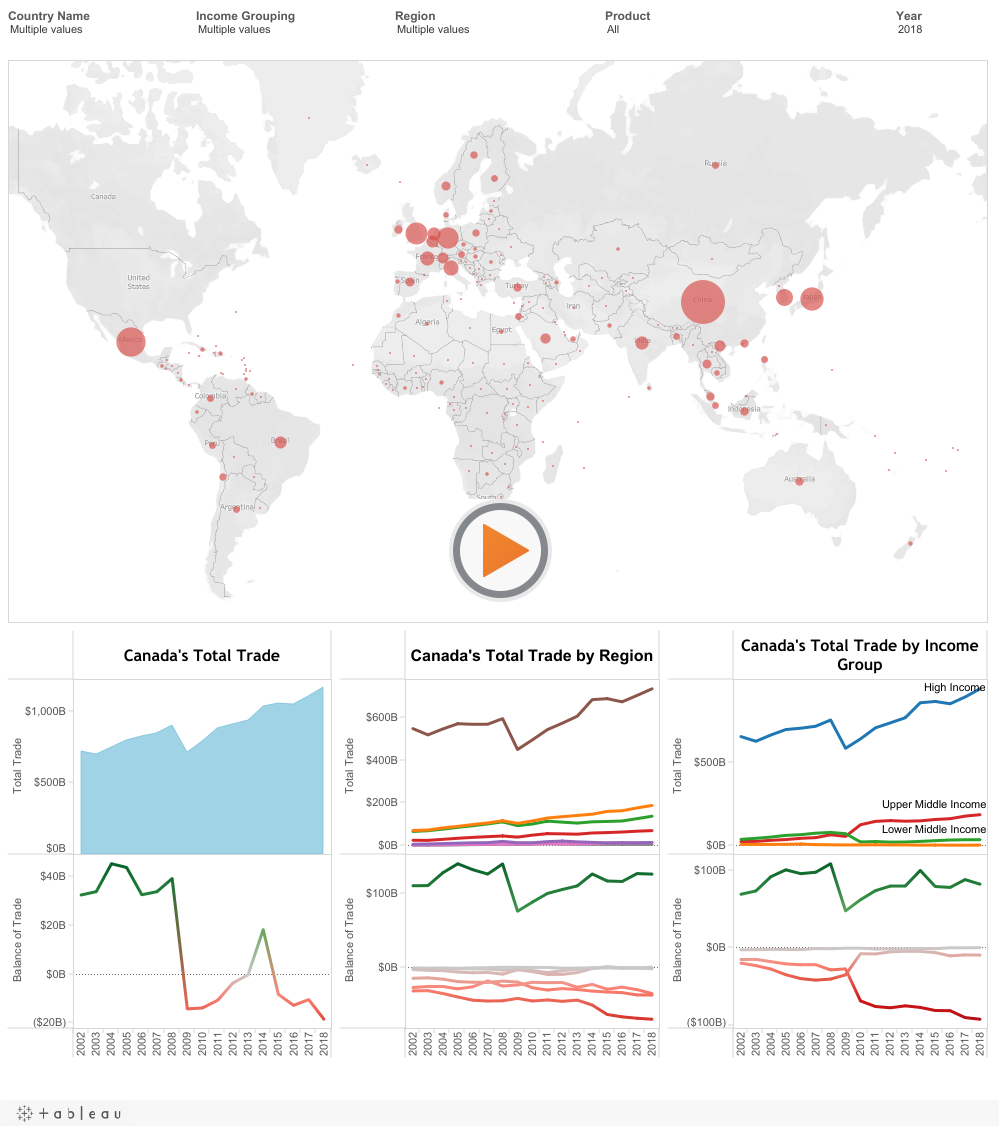 The dashboard below provides data and analysis on Canada’s trade flows.

Hovering (on mouse-over) will show the total trade as well as balance of trade with individual countries. Hover over the trend graph to see how total trade has evolved with particular regions and income groups. Click on country bubbles to see trends over time. Drop down menus can be used to limit and highlight countries in specific regions, income groups, or to change the year.

What the data shows

Trade with Sub-Saharan Africa and South Asia, while growing, still represents less than 2.0% of Canada’s trade. Similarly, trade with Low Income Countries account for less than 0.1% of Canada’s total trade. Canada has a negative balance of trade with all regions, with the exceptions of a relatively equal balance of trade the Middle East and North Africa, and a large positive trade balance with the United States.

Canada’s trade is also highly concentrated in terms of products traded. Mining and oil and gas extraction dominate Canadian bilateral trade. Canada is one the largest mining nations in the world. Mineral exports account for around 24% of Canadian exports, while motor vehicles and parts related to motor vehicles, the second highest export, accounts for 9% in 2021.

DRC, Madagascar, Guinea, Niger, Mozambique were among the largest low-income trade partners for Canada in 2021. The top developing country trade partners are: China, Mexico, Vietnam, Brazil, and India. Canada had a negative balance of trade with all of these countries. The top trade partners in Africa include: Nigeria, South Africa, Ghana, Mauritania, and Cote d’Ivoire. Canada has a negative balance of trade with most of these countries, except for Ghana.

Data is drawn from Industry Canada’s Trade Data Online database, and indicates trade in goods and products. The World Bank’s geographical and income classification system is used. For comparison with aid flows countries were also classified using the OECD-DAC system.