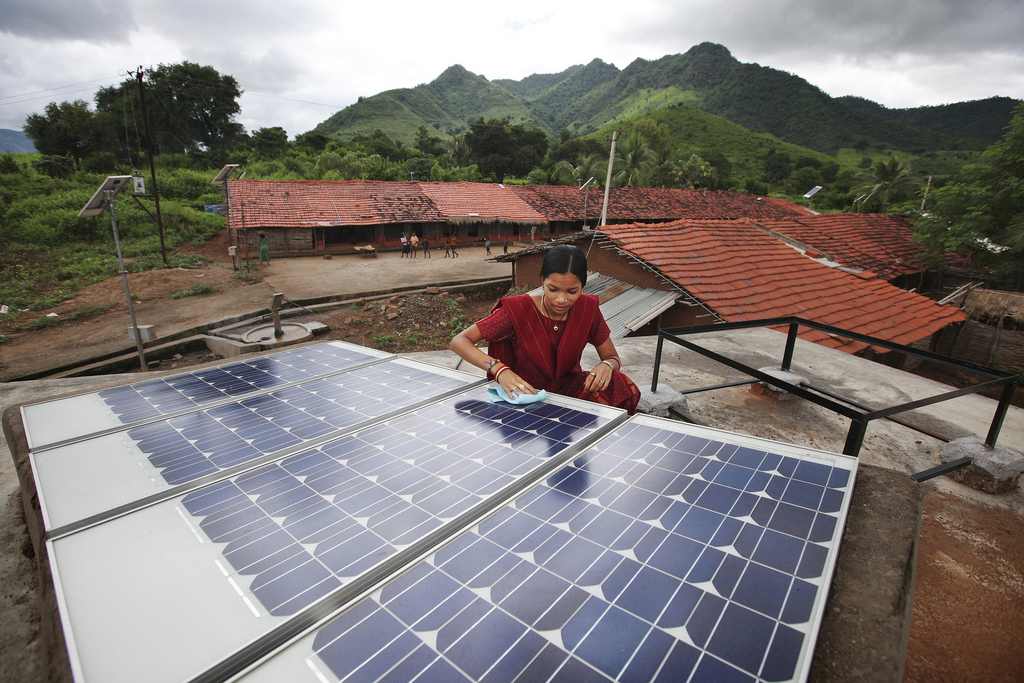 At Ottawa’s National Arts Centre on May 25, surrounded by women leaders from civil society and the philanthropic, business and investment communities, Bibeau stated that the fund’s goal is to “mobilize unprecedented financial resources to advance gender equality and the empowerment of women and girls in developing countries.”

That may be a lofty goal, but one that is achievable if the initiative is structured and pursued in the right way.

Canada’s track record on targeting gender in international assistance has not been promising. Less than three percent of aid commitments in recent years focused on gender as a principal objective (for reference, Sweden spends about 20 percent of its aid on these types of projects). To its credit, Global Affairs Canada has recognized this, and it is a reason why Bibeau launched the Feminist International Assistance Policy (FIAP) in June 2017.

Under Prime Minister Justin Trudeau, Canada has positioned itself as a global leader on gender equality. This leadership is of increasing importance at a time when others (notably the United States) are pulling back. For instance, Canada has expanded efforts to promote sexual and reproductive health and rights and eradicate early and forced marriage in developing countries. Trudeau has also committed to incorporating gender equality in all aspects of Canada’s G7 presidency.

Melinda Gates, co-founder of the Bill and Melinda Gates Foundation and co-chair of the Canadian-created G7 Gender Equality Advisory Council, notes that while donors have been investing in women and girls’ health for a long time and have seen significant progress, if they don’t also invest in addressing the systematic way that women and girls are undervalued, they will never fully reach their goals. Gates argues that a new focus on women’s economic empowerment to connect women to markets, ensure they have access to financial services and empower them to help themselves will enable women to lead a full life.

Often neglected by policymakers is the reality that unpaid care work is necessarily tied to women’s economic empowerment. Unpaid work in the care economy, which is disproportionately borne by women, significantly contributes to gender gaps in labour force participation, wages and job quality.

Evidence of how Canada is planning to directly target women’s economic empowerment, and specifically the care economy, with aid spending could uniquely position Canada as a leader in the field of women’s empowerment. In other words, merely ensuring that critical front-end investments in gender, such as in basic health and education, are maintained is not going to be enough. Plugging the gaps in support for economic empowerment specifically is necessary.

The new Equality Fund can help in this regard. Even with the best of intentions and design, $300 million is not going to solve the problems facing all women in the developing world; not by itself and not by a long shot. However, as we have shown, in partnership with FinDev Canada, new innovations in development finance require organizations to act as “mobilizers of capital” and not just as “financiers.” This requires thinking in terms of “making a market” in gender and women’s economic empowerment.

While there are several unanswered questions about how the fund will be structured and managed, it is clear that it must financially leverage every dollar that the Canadian taxpayer contributes by crowding-in a targeted level of additional private capital.

Given that part of the fund’s orientation is to work with philanthropic foundations, leverage should be pursued not merely in the typical way (for example, co-financing or pooling grant funding for projects), but also via the much larger investment portfolios that make up the endowments of some foundations. According to data from the Foundation Center, total grant making by the three largest globally engaged US foundations — Gates, Ford and Hewlett — was approximately US$4.4 billion in 2014. Relative to this, the size of their endowments was approximately US$65.7 billion.

The new fund could help develop a pipeline of gender-focused assets or instruments aimed at the investment portfolios of endowments. Similarly, the latter could be mandated to allocate a certain small percentage of their portfolios to such assets and instruments. Over time, this will help “make a market” in gender equality and women’s empowerment investments. While the concept needs work, the Equality Fund can provide an opportunity to experiment and innovate in this direction.

When the short-term financial case for an investment is not clear (for example, investments in women’s rights organizations that may yield no short-term financial return), partnerships must be leveraged to disseminate good practice, such as changing legal and regulatory frameworks to improve women’s rights in the workplace or incentivizing women’s participation in corporate leadership.

These areas of leverage are the Equality Fund’s best chance to attain the goals of gender equality and women’s empowerment; goals for which women and girls continue to wait.