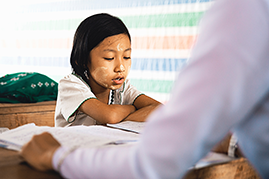 by Lance Hadley and Aniket Bhushan

What are Climate-friendly Exports?

For the purposes of this analysis we leveraged the World Bank’s list of 45 product areas (at the HS6 level) that are classified as “climate friendly”.  This is a widely used definition of climate friendly exports, and one that has also been applied in the Canadian context (see, Conference Board of Canada, 2017). Trade data (exports in this case) was obtained from UNComtrade. The list of products is available here.

What is Revealed Comparative Advantage?

RCA is a simple and standard way of analyzing whether a country is “punching above its weight” in a particular export area. If the share of a particular climate-friendly export has a higher share in a country’s total exports, than that product’s share in total world exports, then that country has an RCA in that product area. This is represented by an index value > 1. The country has a higher share than its expected ‘fair share’ and therefore punches above its weight in the given area. The formula can be expressed as follows:

Does Canada have a Revealed Comparative Advantage in Climate-friendly Exports?

We applied the above simple calculation to all Canadian and other competitor country exports for the period 2009 to 2017/ 2018 (depending on data availability at the time of the analysis). Our main findings are contextualized and can be summarized as follows:

What is the total size of the global climate-friendly export market?

What is the size of Canada’s climate-friendly exports?

Where does Canada rank?

Does Canada have an overall RCA in climate friendly exports?

For most of the period covered by our analysis, 2009-2016, Canada did not have an overall RCA in climate friendly exports. That said, in 2017, Canada’s overall index value just surpassed 1. Moreover, in certain specific product segments Canada does possess an RCA, e.g. exports linked to gas turbines and turbine parts, and (interestingly) membranes to provide impermeable base for landfills, gas stations, oil refineries (linked to the oil and gas sector).

Why these findings are important

Our findings are especially relevant considering wider shifts to low-carbon growth paths and the role Canada can play in the same. Future export competitiveness is at least partly dependent on growing exports of climate-friendly goods and services (the latter are of course not covered here).

Moreover, the findings are relevant considering the ambitious target of increasing “clean technology exports” (a wider concept than used here) to $20 billion by 2025 laid out in the Economic Strategy Tables.