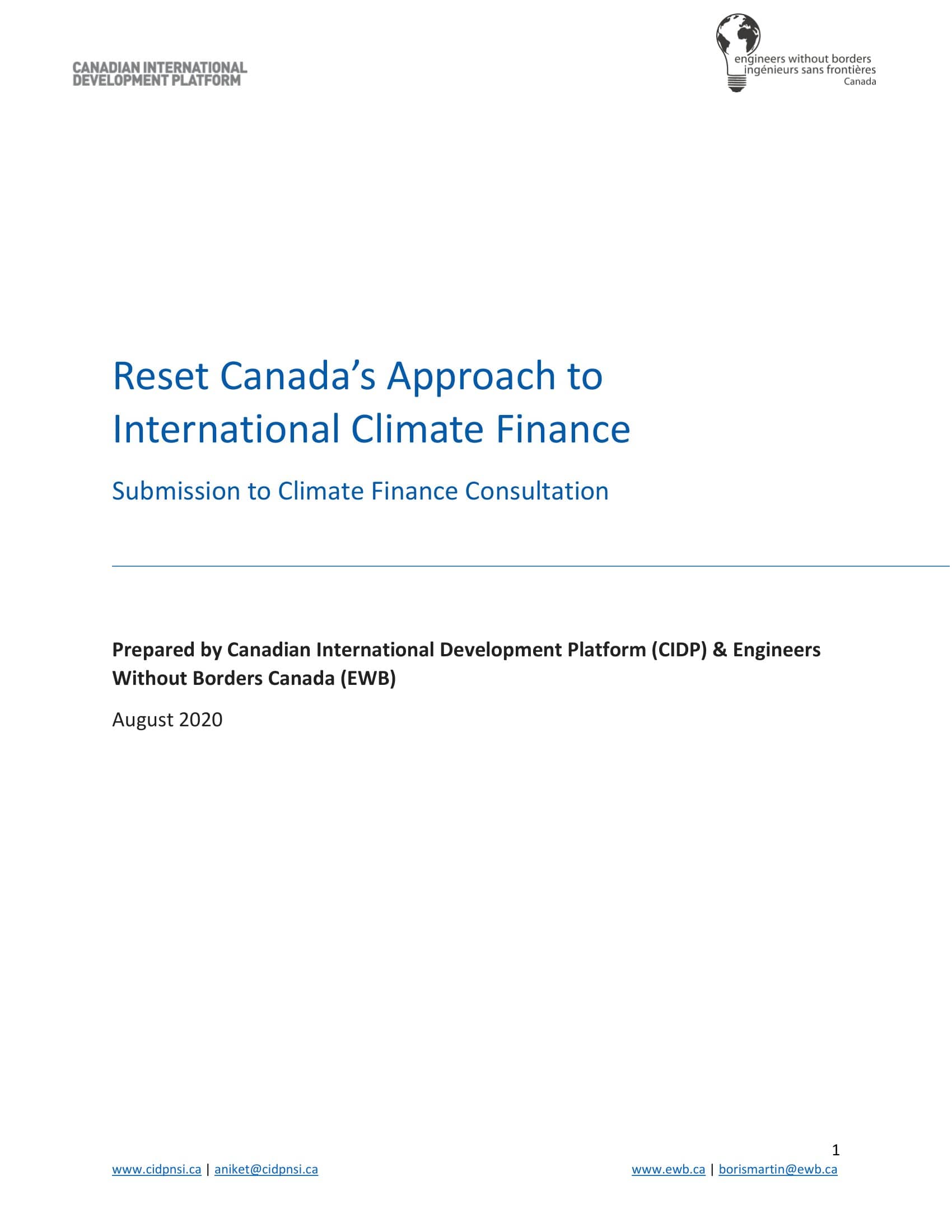 Since the PM announced the CAD$2.65bn (2015-20) ‘ICF 1.0’ commitment in the lead up to COP21 – celebrated misleadingly as a “doubling” of Canada’s contribution – it is impossible to conclude Canada’s approach has been driven by anything other than bureaucratic efficacy or the need to ‘get money out the door quickly’. ‘ICF 2.0’ needs to do better at a foundational level.

Rethink Canada’s ICF contributions from the ground up