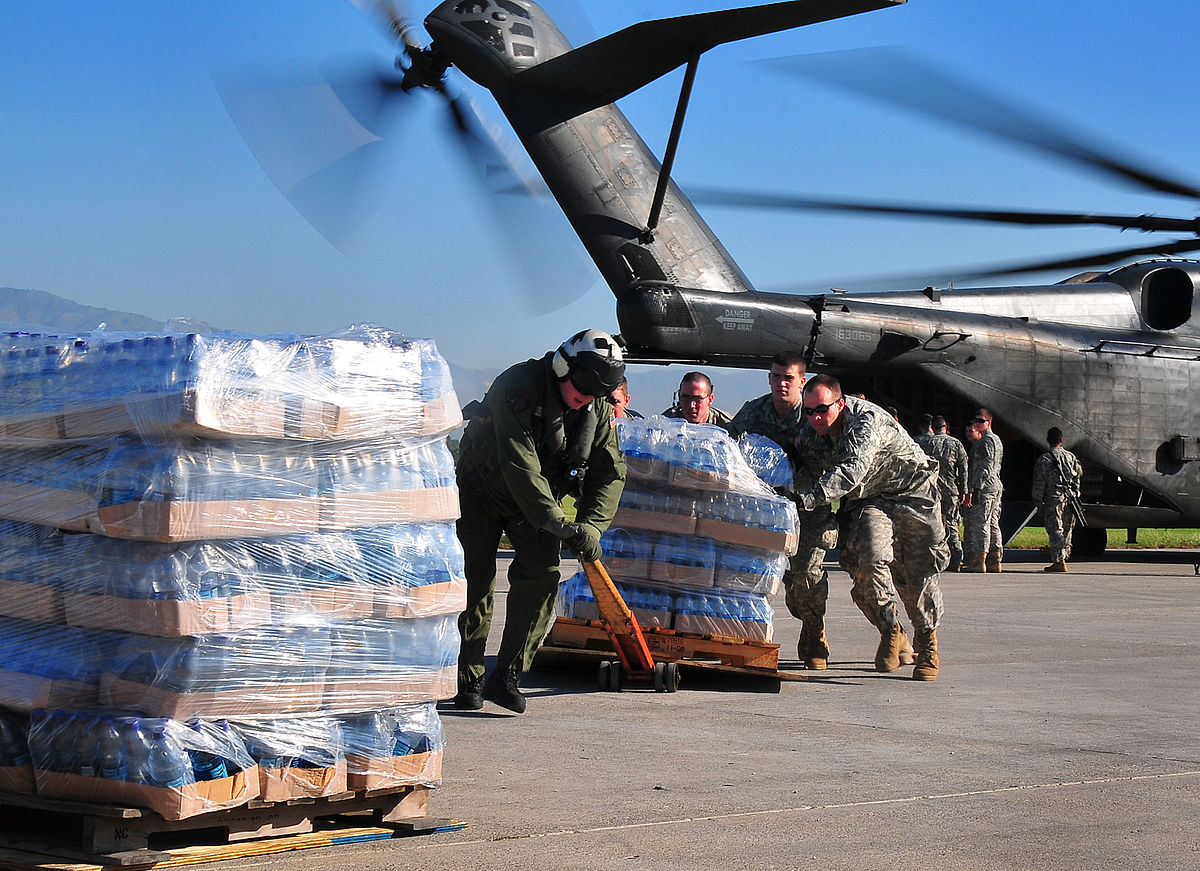 Canada has a long record of supporting International Humanitarian Assistance (IHA) and has a well-deserved reputation for generosity. Canada’s new International Assistance Policy signals intention to enhance support for IHA. In the context of recent disasters, such as hurricanes in the Caribbean, flooding in South East Asia, and earthquakes in Mexico, climate change impacts appear to be increasing the frequency and severity of natural disasters.

Reducing the impact of natural disasters

Natural disasters are estimated to cost over $300 billion a year so efforts to reduce their impact have an obvious pay off. The FAO estimates that for every dollar spent on risk reduction, there are four dollars of savings. A 2017 UN Report predicted that spending $6 billion now on DRR would result in $360 billion in savings over 15 years.

Disaster Risk Reduction (DRR) is an approach to development that seeks to reduce the impact of natural disasters and accelerate recovery from their effects. It emphasizes investments in planning, risk assessment, infrastructure, data and adaptation strategies. The Sendai Framework for DRR, to which Canada is a signatory, sets out the principles and priorities for DRR. All signatories are to develop country plans. The United Nations Office for Disaster Risk Reduction (UNISDR) is the key global coordinating body for DRR. DRR has strong links with development models, for instance, emphasizing community networks, gender considerations, provision of social services, use of data, and consideration for fragile contexts.

What is the level of funding for DRR globally?

OECD-DAC data (available up to 2015) indicate that spending on DRR has been averaging between approx. 3.4% and 7.6% of humanitarian aid for the past several years.

DRR spending since 2011 has been fairly flat among DAC countries. Recent international efforts to raise awareness for DRR may signal a potential for greater investment in coming years, but the lack of more recent cross-national aid data (especially since the adoption of the Sendai Framework in 2015) makes progress difficult to observe among leading donors.

However, some developing countries (e.g. Philippines) and donor countries (e.g. Sweden) have increased their funding for DRR since the Sendai Framework. In 2016, the EU spent about 9% of its humanitarian aid budget on DRR. The top donors to UNISDR include Sweden, the EU, Korea, Japan, and Germany.

What is Canada’s contribution to DRR?

For Canada, the OECD data indicates a pattern similar to the DAC average, with relatively flat-lined DRR spending. In 2015, DRR was about 1% of humanitarian aid, significantly lower than the DAC average.

Many Canadian DRR projects rely on multilateral partners, for instance, a $10 million project with the Asian Development Bank or a $20 million project with the Caribbean Development Bank. In March 2017, Canada hosted a DRR event, the Fifth Regional Platform for DRR in the Americas. Canada does not contribute direct funding to the United Nations Office for Risk Reduction (UNISDR).

Aside from the OECD data, there are challenges in finding data on Canadian DRR spending which are recent, and comparable to other donors. The Global Affairs Canada Project Browser does not provide useful baseline information on DRR spending. Another area of data confusion relates to spending on climate change. Climate change funding often has related objectives. Several large projects that are currently operational echo the resilience and adaptation purposes that underlie DRR. Canada’s announcement of $2.46 billion to support developing countries in responding to climate change marks a significant contribution to adaptation efforts. Adaptation is not precisely the same as DRR and can include a wide range of programming. For instance, agricultural research can help with resilience but does not necessarily prepare for disasters. Some elements of Canada’s climate change funding will certainly reduce the risks from disasters, for instance, the $60 million G7 Climate Risk Insurance Initiative.

Proactivity: Canada faces some difficult choices about how to balance its reactive and proactive humanitarian aid. It is hard to not respond to massive disasters and without doubt, Canadians support generous emergency aid spending. However, the increasing frequency and intensity of natural disasters suggest increased proactive programming. Globally, it is estimated that only 0.4% of foreign aid has been spent on DRR over the last 20 years. In 2009, UNISDR recommended a target of 1% of ODA for DRR. Canada is not near that target yet.

Transparency: The data on Canada’s DRR are not easily found, compared, or well defined. It is difficult to disentangle climate change programs from DRR. If Canada is serious about understanding the impacts of its programming, more attention is needed on clear reporting.

Targeting: Disasters often disproportionally impact women and girls. Canada’s new Feminist International Assistance Policy would suggest that DRR should also have a gender component. Consideration could be given to contributions to global bodies like UNISDR, which support gender sensitive programming. Multilateral channels, as opposed to project-based models, may permit more long-term stability and greater impact. An explicit Canadian strategy on DRR would help.

Additionality in Development Finance: When is 0 + 1 > 1