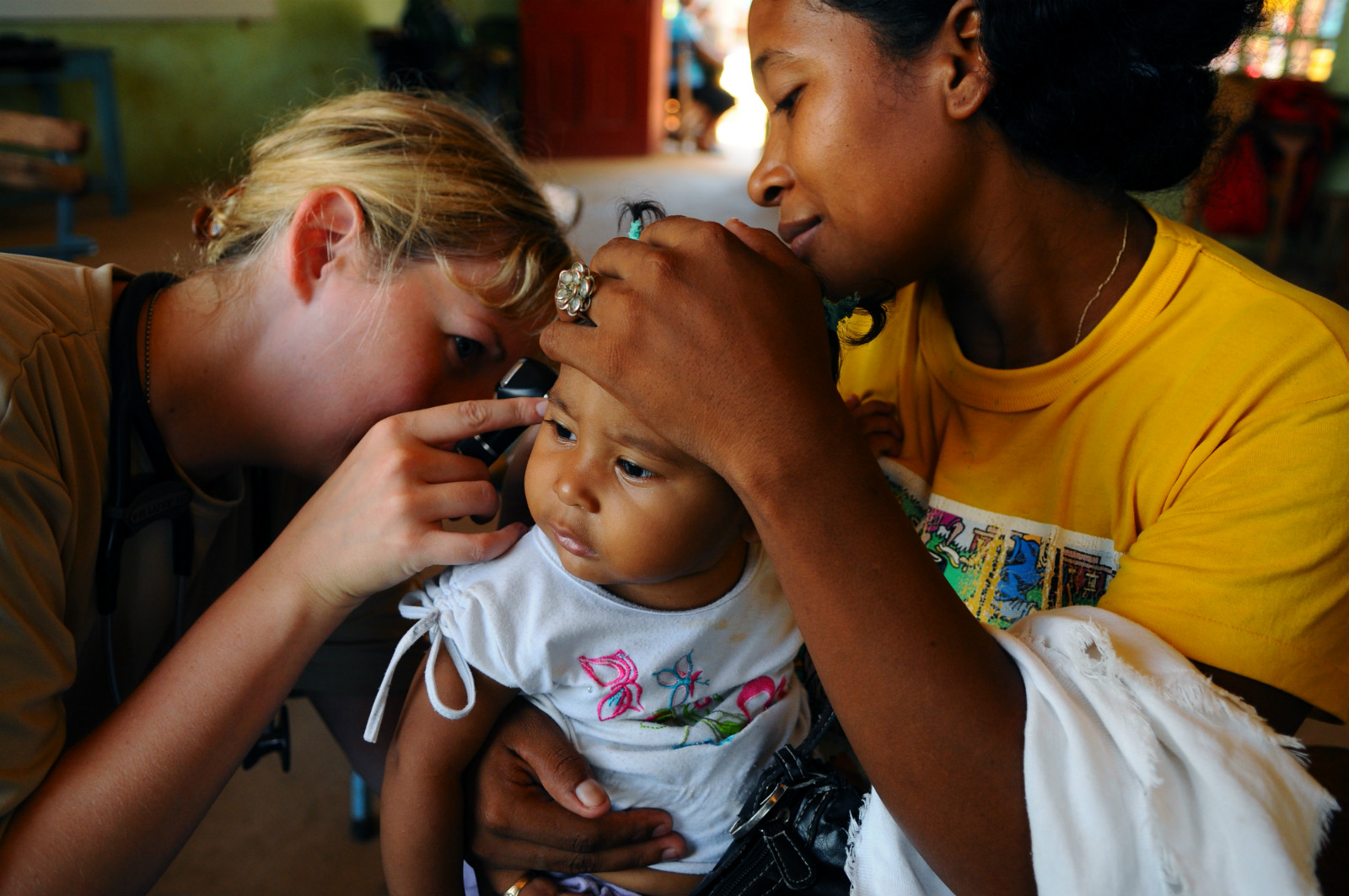 As a group, fragile states have lagged behind other developing countries in the achievement of many MDG targets, including those pertaining to maternal and newborn child health (MNCH). For instance, the OECD reports that by 2015, only one-fifth of fragile countries are expected to have halved infant mortality, while only one fragile state is expected to reach the target of reducing under-five mortality by two-thirds. With predictions that absolute poverty will increasingly be concentrated in fragile contexts, there is a growing need to pay special attention to programming in these countries.

For our purposes, ‘fragile states’ are identified using the OECD-DAC’s International Network for Conflict and Fragility (INCAF) list of fragile states and economies for 2015. The list combines countries listed as fragile by the World Bank-African Development Bank-Asian Development Bank’s Harmonized List of Fragile Situations and the Fragile State Index created by the Fund for Peace, using countries that are listed in the ‘alert’ or ‘warning’ categories.

Different definitions of “fragility” posited by non-governmental third parties (for e.g. Carleton University’s Country Indicators of Foreign Policy) conceptualize fragility slightly differently. As a result, it is important to acknowledge that the analysis is likely to change if a different list is applied. To give one example, Bangladesh is not classified as fragile by the World Bank, but has been by others.

In 2010, the Harper Government launched the Muskoka Initiative on Maternal, Newborn and Child Health, committing to spend at least (as opposed to at most) $2.85 billion over five years. With the recent close of Canada’s initial commitment, we can now examine the overall picture of the Muskoka Initiative.

The figure below provides an overview of three things:

Over the course of the commitment period, total Muskoka MNCH spending was approx. $3.123 billion. The commitment was exceeded by approx. $273 million or 9%.

Muskoka MNCH spending by region over the total commitment time frame (2010 to 2015):

In 2010, the Harper Government launched the Muskoka Initiative on Maternal, Newborn and Child Health, committing to spend at least $2.85 billion over five years.

This number changes significantly when a different list and definition of ‘fragility’ is employed. For instance, using the World Bank’s 2015Harmonized List of Fragile Situations the total amount of MNCH spending in fragile states is $740 million, approximately 23.7% of overall spending.

Approximately 29% of Canada’s MNCH aid to fragile states was allocated through multilaterals according to the G8 multilateral methodology. However, the aggregate data masks important variation.  The proportion of funding allocated through multilaterals would be (a lot) higher if we examine the same at the project level. (This is typically referred to as the ‘bi-multi’, or multi ‘to vs. through’, or ‘bilaterliazation of multilateral aid’ problem.). According to our analysis, about 86% of total MNCH spending in INCAF fragile states can be assessed at the project level. At this level approx. 74% of Canadian MNCH spending is through multilateral channels. Among the multilateral agencies the largest are UNICEF, World Bank, WHO, WFP, UNFPA and GAVI. It is also worth pointing out that the majority of funding is “responsive” (‘used when Global Affairs Canada agrees to support development initiatives conceived by an external proponent that are consistent with the goals and objectives of Global Affairs Canada’s programs’). Core funding or long term institutional support is only significant as a percentage share in the case of the World Bank and GAVI.

Approximately 29% of Canada’s MNCH aid to fragile states was allocated through multilaterals according to the G8 multilateral methodology.

Conversely, non-multilateral spending is higher in countries that receive the largest amount of Canadian MNCH funding at the country level, including Afghanistan, Haiti, Nigeria, South Sudan and Mali, many of which have been Canadian priority or partner countries throughout the duration of the Muskoka Initiative.

The ratio of spending through multilateral and non-multilateral channels is similar for fragile and non-fragile states.

A question we often get is whether development spending in fragile states, and Canadian MNCH spending more specifically, is short or long term. While it may seem straightforward, there are several challenges in addressing this question, largely down to data availability and interoperability between data sources.

Of the 793 projects (or lines of spending) that encompass Canada’s MNCH investment, we were able to analyze 662 in sufficient detail (by running database joins across sources). 384 of these were in INCAF fragile states. 192 or half were 3 years or less in duration, i.e. can be considered short term. The average duration MNCH projects in fragile states is around 3.8 years.

In the 2014-15 financial year, Global Affairs Canada (GAC) spent approx. $3.43 billion on development programming (own calculations using data taken from the 2015 Public Accounts of Canada). Of this spending, $929 million, or 27% of spending, was allocated to GAC’s program on ‘fragile countries and crises-affected communities’, which includes spending on humanitarian assistance and programmatic spending for Afghanistan, Haiti, South Sudan, and West Bank and Gaza.

While in previous years, former DFATD allocated a proportion of funding to fragile states via a sub-program for ‘fragile states and affected communities’, recent changes to programming (or at least the reporting framework breakdown) reflected in the 2015-16 Report on Planning and Priorities shows that a separate sub-program for ‘fragile states’ no longer exists. The breakdown has gone from 5 (Canadian engagement for development; Fragile states and crisis-affected communities; Global engagement and strategic policy; Low-income countries; Middle-income countries) to 3 broader categories (International Security and Democratic Development; International Development; and International Humanitarian Assistance).

This analysis draws on a report prepared for World Vision (Canada), for more information please contact the corresponding author at: aniket.bhusan@carleton.ca