Its All About the Money 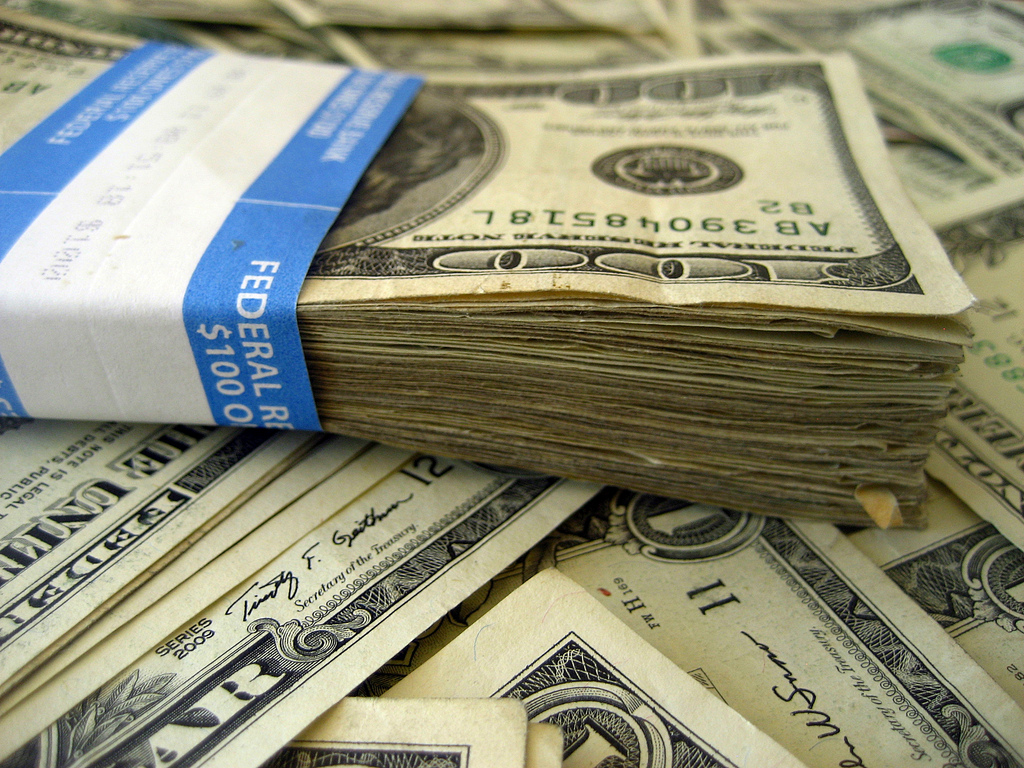 by Aniket Bhushan and Yiagadeesen Samy

There is a great deal of optimism surrounding the so-called ‘post-2015’ agenda that will replace the eight Millennium Development Goals (MDGs) established back in 2000. Development organizations around the world are energized by the possibility of ending extreme poverty by 2030 thanks to dramatic reductions in global poverty over the last decade. What is getting left out of the discussion is the real lesson of the MDGs: When it comes to highbrow debates about global development goals, at the end of the day, it’s really all about the money.

To put things in perspective, let’s unpack the impact of the MDGs. More than anything else, the MDGs were a millennial branding opportunity. They succeeded in making global development and poverty reduction high profile international issues. To understand this we need to think back to the 1990s when spending on foreign aid had stagnated, as many donors, Canada included, underwent fiscal austerity.

The MDGs came along and gave the international donor community eight good areas in which to spend a lot of money. And in that respect, they worked: foreign aid spending on poverty reduction, education, health, child survival, gender equality, combating HIV AIDS and other diseases, environmental sustainability and global partnerships – the eight MDG focus areas – increased massively.

Research that has looked into the impact of the MDGs, for instance by Charles Kenny and Andy Sumner, finds that the only thing we can definitively say the MDGs have had an impact on is on scaling up aid spending and changing the focus of that spending away from hard sectors (such as infrastructure) to softer sectors (such as social policies, governance and gender).

As much as the technocrats enjoy pontificating about ideal goals, at the end of the day the real debate is still about how much should be spent on what, when, and by whom. The reason is simple. Like the MDGs, the post-2015 goals have no legal authority. In the absence of hard financial commitments, they really have no teeth and therefore are hard to take seriously.

A weakness of the MDG process was that the money part of the discussion, known as Financing for Development (FFD), took place a full three years after the MDG targets were set (in 2003 at a conference in Monterrey, Mexico). This time around there is a welcome push to do things differently and reach agreement on the FFD agenda at or before the September 2015 summit when the new goals will be adopted.

There are other important differences in the emerging FFD agenda. While Monterrey recognized the importance of taxation in developing countries, debt sustainability, private capital flows and a friendly global trading system, the focus was very much on foreign aid. In contrast, recent post-2015 FFD debates are downplaying the role of aid and increasing the emphasis on taxation in developing countries. The main reason cited for being optimistic about delivering on an ambitious post-2015 agenda – both by the chair of the United Nations High-Level Panel of Eminent Persons on the Post-2015 Development Agenda and the President of the World Bank – is that more countries are now able to depend on their own resources to finance their own development. This is great news of course, but is it the whole story?

In our recent research at The North-South Institute we looked into taxation from the perspective of sub-Saharan Africa, which comprises some of the poorest and most aid dependent countries in the world.

We found that revenue collection has been increasing substantially, but that it is driven primarily by those countries that can extract revenue from the natural resources sector. Also, a diverse group of countries – from Kenya to Ghana to Benin and Malawi – are already making significant tax effort, which means these countries are collecting more revenue than would be predicted given their structural characteristics. In fact when compared to other regions, sub-Saharan Africa is collecting more in taxes than would be expected given structural characteristics; its tax effort index is higher than South Asia and East Asia.

Yet, many of these economies that make high tax effort still fall far short of the level of spending required to meet their own needs, let alone lofty post-2015 goals. This finding is important because expecting these countries to tax their citizens and businesses more to fund post-2015 goals could have a detrimental impact on other objectives such as economic growth and investment.

Our research finds that donors can do a lot more to put their money where their mouth is and link aid more effectively to improved fiscal performance. Sub-Saharan countries have some of the least efficient tax collection systems of any region. Yet, only a fraction of foreign aid goes to improving tax capacity and tends to be concentrated in a handful of donor darlings.

Looking to taxes to fund ambitious post-2015 goals is a bit rich if donors are not willing to also invest in improving fiscal performance and removing financial sector bottlenecks in developing countries. It is not a question of more or less aid; it is a matter of better alignment of incentives so that a combination of well-targeted assistance and improved fiscal performance can ultimately lead more countries to exit aid dependence.

Beyond aid and taxes, much more needs to (and can) be done to improve the efficiency and effectiveness of public expenditure, starting with increasing transparency around how and where expenditure is allocated. This discussion has barely even started. No matter how much is mobilized from where, unless it is spent effectively it will fail to deliver results.

The FFD agenda needs to take on these issues because at the end of the day, it is really all about the money. The longer the question of who is going to pay for what is left unresolved, the harder it becomes to take the post-2015 discussion seriously.