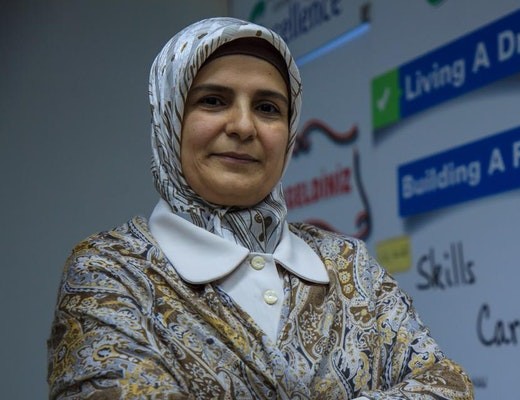 Another Side to the Story

A Market Assessment of Syrian SMEs in Turkey

Thank you to all participants who joined us on July 12, and to our presenters for sharing another side of the story. The full report by Building Markets, Another Side to the Story: A Market Assessment of Syrian SMEs in Turkey, is available at http://anothersidetothestory.org.

We encourage you to join the conversation using #AnotherSidetotheStory.

The Syrian civil war has displaced over six million people internally, forced five million to flee across the country’s border to seek refuge in neighbouring countries, and another 1.2 million have sought asylum in Europe. This has left half of Syria’s pre-war population dependent on life-saving assistance.

However, there’s another side to the story.

In Turkey, a country that is now host to three million Syrian refugees, Syrians have founded over 6,000 businesses since 2011, mostly small and medium-sized enterprises (SMEs). These SMEs are creating jobs and livelihoods, not only for Syrians and refugees, but also for host communities affected by the crisis, which tend to suffer from long-standing economic problems such as unemployment.

To bring visibility to Syrian SMEs, and to better understand their capabilities and growth constraints, Building Markets recently conducted a market assessment of 230 formal Syrian businesses operating in Istanbul and Gaziantep.

Building Markets is a nonprofit organization that creates jobs and encourages economic growth in crisis-affected countries by connecting local SMEs to new business opportunities. Through its approach, the organization has profiled and built a network of more than 23,000 local SMEs, assisted those businesses in winning $1.3 billion in contracts, and helped create over 69,000 jobs. For more information: www.buildingmarkets.org.