Canada and Climate Change: Earning a Seat at the Global Table 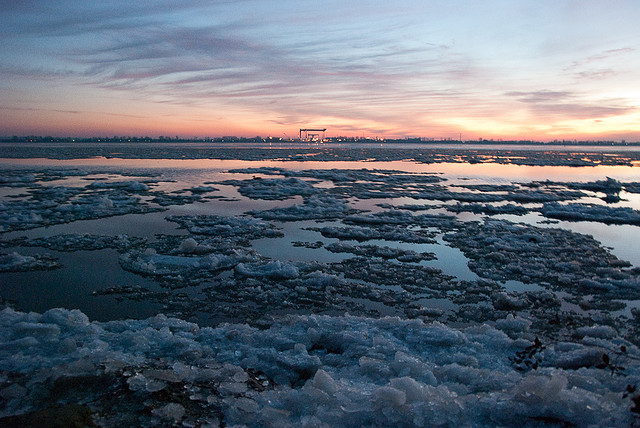 The Sustainable Development Goals (SDGs), adopted a week ago today at the United Nation’s General Assembly, contain all the needed elements for Canada and the world to take meaningful action on climate change. It could also give momentum to the UN climate summit, happening this December in Paris.

The climate change goal in the SDGs, Goal 13, and its targets are certainly comprehensive enough to capture the major challenges that countries need to address. If all nations were able to integrate climate change measures across national plans and priorities, boost resilience and their ability to adapt to rising climatic impacts, and build their awareness and capacity on both tackling the root causes and the effects of climate change, then we would be well on our way to overcoming this enormous challenge.

Elements of the climate change goal could have been stronger. For example, including either a global goal for the reduction of carbon emissions or a commitment to phase out fossil fuels in the medium-term, would have further focused the attention of world governments on the root of the problem. We also know that the commitment to mobilize $100 billion annually to assist developing countries to address climate change is dwarfed by the cost of the impacts these nations are facing.

So why did the climate goal in the SDGs fall short? These weaknesses are a result of the parallel discussions and negotiations on climate change that have been going on since before the UN Framework Convention on Climate Change (UNFCCC) was finalized in 1992.

The UNFCCC emerged from the 1992 Earth Summit, which saw the adoption of two legally binding frameworks – the UNFCCC and the Convention on Biological Diversity. It also saw the world’s countries adopt Agenda 21 (a landmark programme of action in all areas of sustainable development) and the Rio Declaration on Environment and Development (principles defining the rights and responsibilities of states).

The global community, through the U.N., agreed in September 2013 to adopt a single, universal framework post-2015 that would bring together the successor to the Millennium Development Goals with the Rio +20 process on the environment and development. Countries also agreed that the UNFCCC would continue to be the instrument for addressing climate change. So while it does not make sense to duplicate that process with another one through the SDGs, in turn, this does limit what is possible in terms of commitments as part of the SDG framework and the goal on climate change.

Nonetheless, it does not limit the ability of governments of industrialized nations like Canada’s to collectively step up and acknowledge that their path to industrialization is largely responsible for the problem. Making reparations to those who have been most impacted—and yet have not contributed to the problem—would be the next, crucial step forward.

So will these goals be taken seriously, especially here in Canada where we have a poor track record of following up on commitments to tackle climate change?

For Canada, bold and decisive action is needed to reverse the lack of leadership on this issue. The Canadian government needs a plan to meet its 2020 carbon reduction commitment. It needs to set more ambitious targets for 2025 and, as the SDGs state, integrate this goal across national policies, strategies, and plans. The provinces and territories, many of who are already showing decisive leadership, and municipalities will need to follow suit. The link to other issues in the SDGs—development of and access to clean energy, sustainable cities, low-carbon transportation, and food security, among others—must be made by all levels of government in Canada.

And finally, the Canadian government needs to contribute much more to climate financing to assist those most vulnerable and most affected by climatic impacts. In the last week alone, the U.S., China, and France have all announced multi-billion dollar pledges.

Canada can and should engage more constructively on climate change with the global community, starting at the upcoming UN climate summit in Paris this December. But, maybe more importantly, taking real, concerted action at home will allow Canadians to have actually earned a seat at the table.

This is Part 5 of the SDGs Unpacked series. Read Part 1 here.

The Health of Our Global Community: Canada’s responsibility at home and abroad

How to Achieve the Sustainable Development Goals: The Trillion (and More) Dollar Question