This analysis is based on the GAC Statistical Report on International Assistance for the fiscal 2015-16, which was released on March 31, 2017.

These are elaborated below. Relevant tables comparing 2015-16 with 2014-15 are provided thereafter.

A fuller update of this data will be available soon through our Foreign Aid data portal page.

Leaving aside one-time blips that inflated 2014-15 data and which we have discussed extensively, the overall trend is flat, as expected, as there were no major announced increases that would be expected to affect this period.

ODA reportable to OECD-DAC will be down

The IAE is Canada’s budgetary tool for international development. It overlaps significantly with the OECD-DAC definition of “ODA” but is not exact.

Again, the 2014-15 figure included one-time items, so it is not a surprise to see this decline. However, there are other factors to keep in mind. The OECD data is on a calendar year basis, while the above Canadian figures are on a fiscal year basis. The above are in CAD$ while the OECD are normalized to US$. Leaving aside the change in denominator (growth in Canada has been tepid), this should imply the ODA/GNI ratio, which was last reported at 0.28, will be flat or lower, 2015 compared to 2016. Again, this is hardly a surprise as the impact of one-time items already inflated this ratio in 2015.

A key finding from comparisons is the impact of refugee resettlement on Canada’s ODA figures. Refugee resettlement costs (only 1st year) are reportable as ODA according to DAC rules. As we have shown, this was already starting to have a major impact in the case of many donors, as well as overall aid figures.

But, as we predicted, the impact in Canada’s figures would take more time because the 1st year of resettled Syrian refugees is only now showing up in Canadian data.

Even accounting for the change in denominator (again, due to exceptional items in the previous year), this still represents a near doubling (roughly 91% increase).

Minus the effect of this increase in refugee costs that are reportable as ODA, Canada’s forthcoming ODA figures for 2016 (soon to be released by the OECD-DAC) would be even lower. 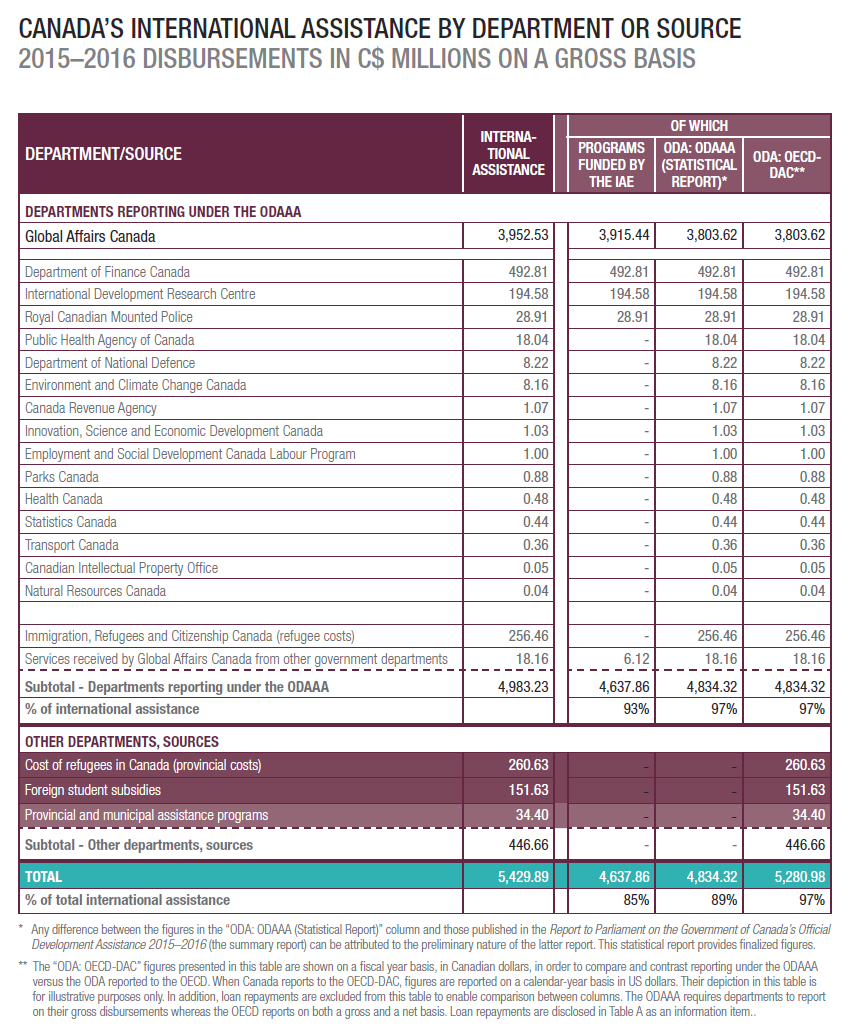 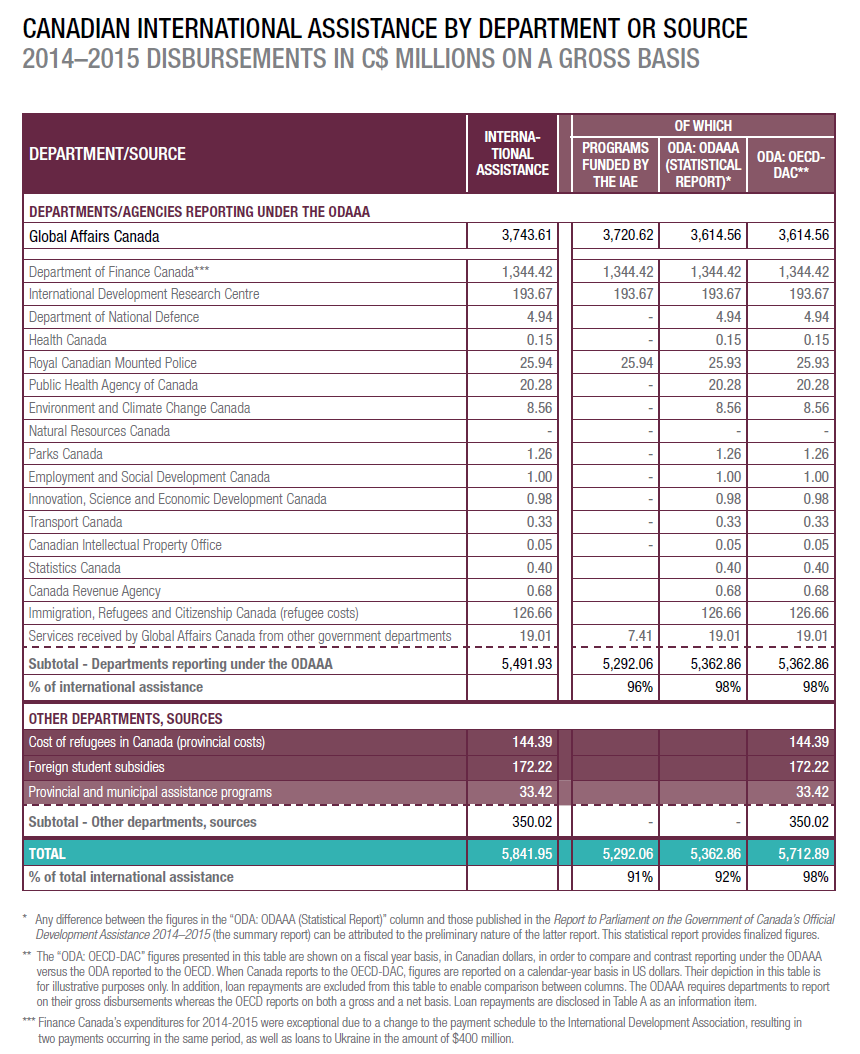