Three ways Canada can update its approach to global development

This article was first published on Open Canada, August 10, 2016.

On the heels of Canada’s international assistance review, aimed at better responding to the challenges and opportunities of an increasingly connected world, a new report emphasizes the need for a real Canadian development strategy, not just an update to foreign aid policy. 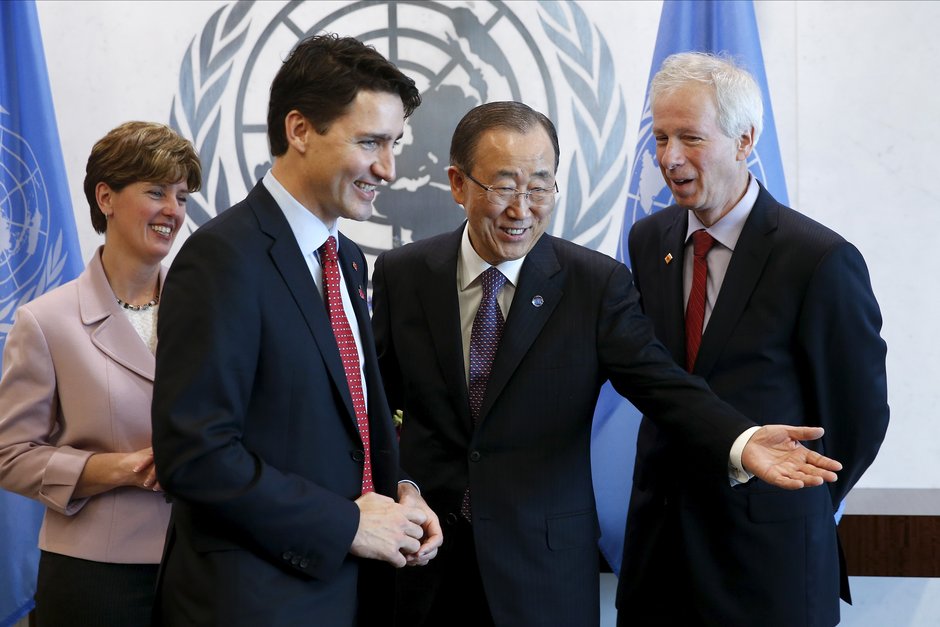 In late June the Canadian International Development Platform, which I lead, launched its 2016 data report. The report summarizes analysis based on trends and patterns in foreign assistance, international trade, foreign investment and migration and remittance flows between Canada and developing countries. It also highlights key opportunities we see for Canada.

Canada is in a great position to provide principled leadership in the area of sustainable development and shared prosperity on the global stage. Our analysis shows that the simplistic, unidirectional paradigm of Canada doing development overseas rarely holds true. Instead, what we find is that, increasingly, as countries move through stages of development, their overall net contribution to Canada becomes significant very quickly.

For example, key emerging economies like China, India and Brazil are bigger investors in Canada now than Canadian capital is in these countries, a pattern that reversed in just a decade. The majority of foreign students come to Canadian universities from developing countries. The amount they spend on tuition alone rivals all foreign aid Canada spends overseas. Imports into Canada from countries like Vietnam, Indonesia and the Philippines have grown so rapidly that in recent years these countries have contributed more by way of import tariffs (which we argue should be rationalized and reduced) to Canadian revenue than all the aid Canada provides them.

The pace at which this evolution happens has increased significantly and this is a sign of development success. Let’s look at a stylized example: South Korea was once a developing country and aid reliant. Today it is a major trade and investment partner, one with which Canada has a free trade agreement, and one whose products are ubiquitous in the lives of Canadians. The pace at which this transition is taking place in countries like China and India today is faster than was the case for South Korea. The pace at which Vietnam, Indonesia, Peru and the Philippines are rising – especially from the perspective of their aid, trade, investment, migration and remittance flow relations with Canada – is faster than India and China.

As an open, mid-sized economy, Canada’s future prosperity depends on a safe, stable and prosperous global economy that works for all countries and all sections of society. This is why investing in development is one of the smartest investments Canada can make.

In a post-Millennium Development Goals world, now characterized by the universalSustainable Development Goals, adopted in September 2015, Canada needs a real development strategy, not just an update to its foreign aid policy.

Here are three things that could help Canada update its approach to global development:

Pursue a differentiated approach and a more integrated development strategy: this is a fancy way of saying we need to do a better job of applying the right mix of modalities, tools and partnerships in a given context. In some contexts, like in emergency situations, fragile states and most low-income countries, highly concessional aid dollars are all that can deliver tangible results for the poorest. Here we need to increase the availability of such resources. In other contexts, blended financing, concessional loans, equity, and near or at-market financing can deliver tangible results, including for the poorest for instance in middle income countries. A differentiated approach would aim to find the right balance at the strategic level. An integrated strategy would work to promote greater coherence between development and other objectives such as promoting trade and investment linkages, attracting new migrants, better integrating diasporas and meaningfully engaging refugees in policy discussions.

Given the scale of needs and the pace at which demands on development financing have increased, especially in light of humanitarian crises, it is clear that Canada’s development strategy must be anchored around credible increases in funding from its current historically low base relative to national income. Laying out a predictable path to increasing the international assistance envelope (IAE) would help future-proof Canada’s development strategy. Demands for future financing will grow – be it from multilateral institutions to support global health, where Canada is a leader, or new funding for climate change and promotion of Canadian clean technology overseas. Using historical precedent, we outline a path by which Canada can again commit to doubling the IAE. Back in 2002, Canada made such a commitment and reached it by 2010 through a built-in 8 percent per year budget increase. In Budget 2017, the Liberal government should commit to taking the IAE to at least CAD$7 billion by 2022, and CAD$10 billion by 2027.

The government should consider investing in a learning institution dedicated to studying the impact and efficacy of Canada’s development strategy. Our work shows that key information gaps and blind-spots (e.g. in the areas of foreign direct investment data and the impact of remittances) remain. A dedicated learning institution could help close these gaps and work in partnership with government, the private sector, academia and civil society, to feed in new and better ideas on development strategy and to ensure Canadian leadership on the global stage.