The first Liberal budget provided insight into where Canada is heading on the global stage. But it also left key transparency gaps that can (and should) easily be filled. 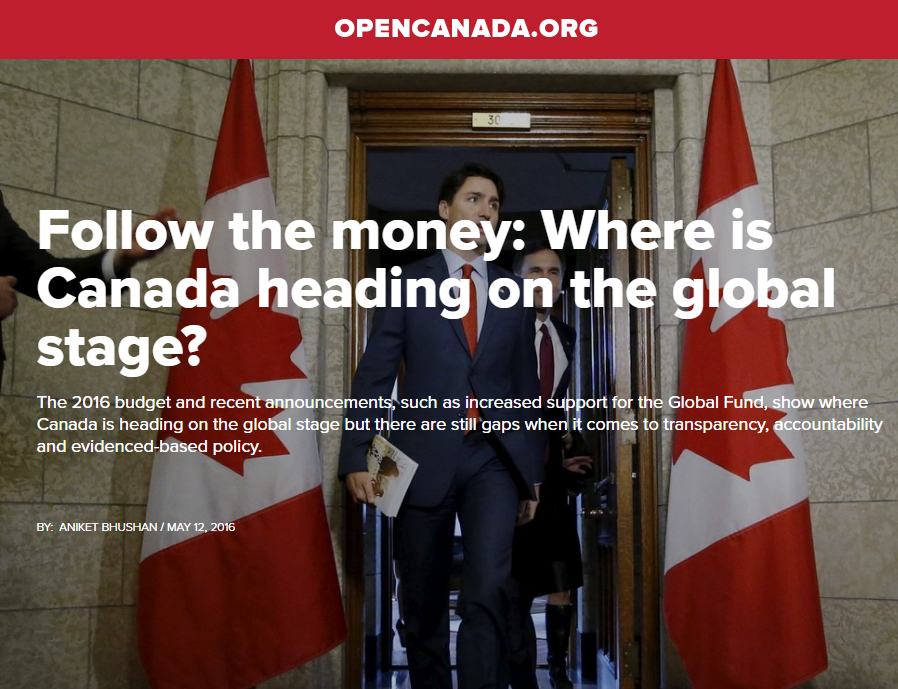 Earlier this year our team at the Canadian International Development Platform assessed the budget. We now have a chance to reflect further in light of more recently released information.

Three international priorities stand out in the budget: humanitarian support (especially around the Syrian conflict), climate finance in developing countries and refugee resettlement.

Longer-term priorities like health financing for mothers and children in the developing world, and working through credible multilateral partners, remain at the top of the list. This is clear from the Prime Minister’s announcement earlier this week of a 20 percent increase in Canada’s support to the Global Fund to $785 million (2017-19) and the decision to host the next replenishment conference in Montreal in September.

These are big wins for Canada on the global stage.

Transparency gaps and how to fix them

This year’s budget provided new – and, in other words, unencumbered resources – in the amount of $256 million over the next two years to Canada’s international assistance envelope (IAE), the main budgetary tool as far as development spending is concerned. This is a modest but welcome and much needed increase especially in light of recent cuts and rapidly growing demands.

However, the data and discussion in the budget raises some issues. From the information given and the way it is presented it is hard to know how the announced increases are being rolled out, what they include and what they don’t.

The budget talks about Canada spending $5 billion to “reengage the world” – again, comprising climate finance, humanitarian support and refugee settlement, all well-known areas communicated well before the budget. It also talks about increasing the IAE to over $5 billion (by 2018-19).

One might think the two references are the same thing. They are related, but are not the same. The subtle but important differences point to more fundamental issues that the Liberal government needs to fix:

Data from the OECD’s Development Assistance Committee shows that Canada’s rank among donors went up in 2015, and that its overseas development assistance to gross national income (ODA/GNI) ratio rose substantially and is now close to the DAC average, on the backs of a whopping 17 percent increase in aid spending.

Buried in the fine print is the fact that this was entirely due to large one-offs (over $800 million worth to be exact). Take these out and Canadian aid fell further.

This is why transparency matters. Without a clearer sense of how resources fit priorities all the talk of getting Canada back is just that and little more.

Analysis of Canada’s Countries of Focus