In the lead-up to Budget 2016 we put forward two analyses that set out our watch-list:

It is time to update and score our checklist. At the outset we should note that in no way is this scientific, comprehensive or conclusive – but neither frankly was the budget. Details of what we scored and how are below, and should be interpreted with reference to the two links above. But the summary is as follows (click images below to expand):

The budget buys the government more time and space, it sets up to win/outperform if things improve faster than expected due to external factors beyond control, it succeeds in coming across as middle class and human-centered, and over-weights necessary social infrastructure investment be it in first nations, child care, climate, research and scientific infrastructure; but it is unlikely to stimulate at least not in the short term, and takes a wait and see approach in several key areas.

The budget gives ample room to “Canada in the World“; announces a modest increase over the next two years in the International Assistance Envelope (the main source of Canadian ODA spending) of $256mn over the next two years and more importantly aims to take it over $5 billion by 2018-19 (ex exceptional items it is roughly $4.4 billion at the moment), which shows intent even in tough times, buys more time for a policy review and consultations (till budget 2017); but with the exception of modest efforts on unilateral tariff reform (which could have an impact on developing country market access and competitiveness), (hints at ‘deepening trade with China and India’), and investments in needed improvement in open data – there are no surprises. It gets (partial) points for refugee intake, support for humanitarian efforts in the region, climate finance in developing countries – but none of this is new or unknown. It makes no reference to Canadian leadership on MNCH or the way forward on supporting reproductive health, or innovation in development finance, engaging the private sector in development both Canadian and in developing countries, or other non-traditional partners. 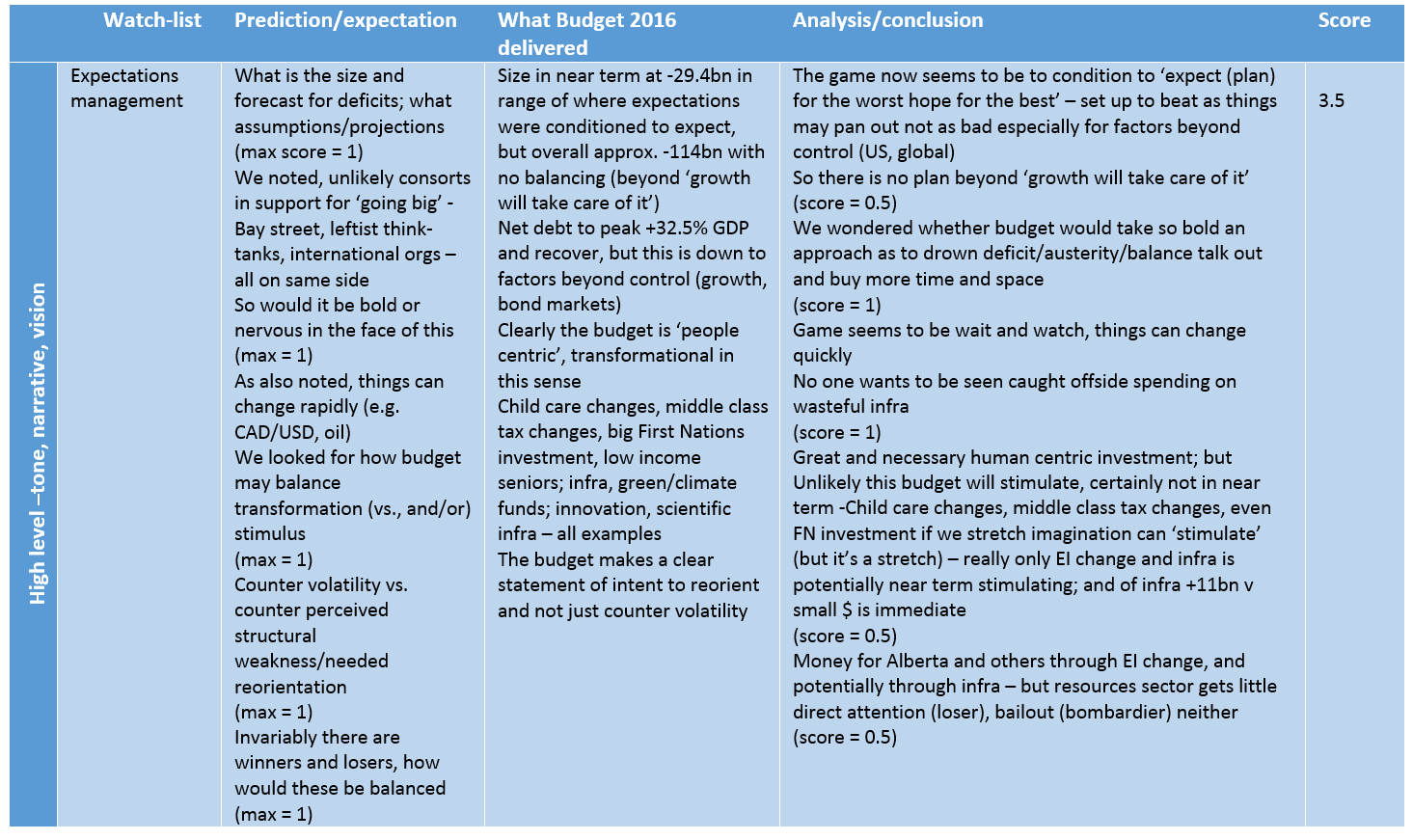 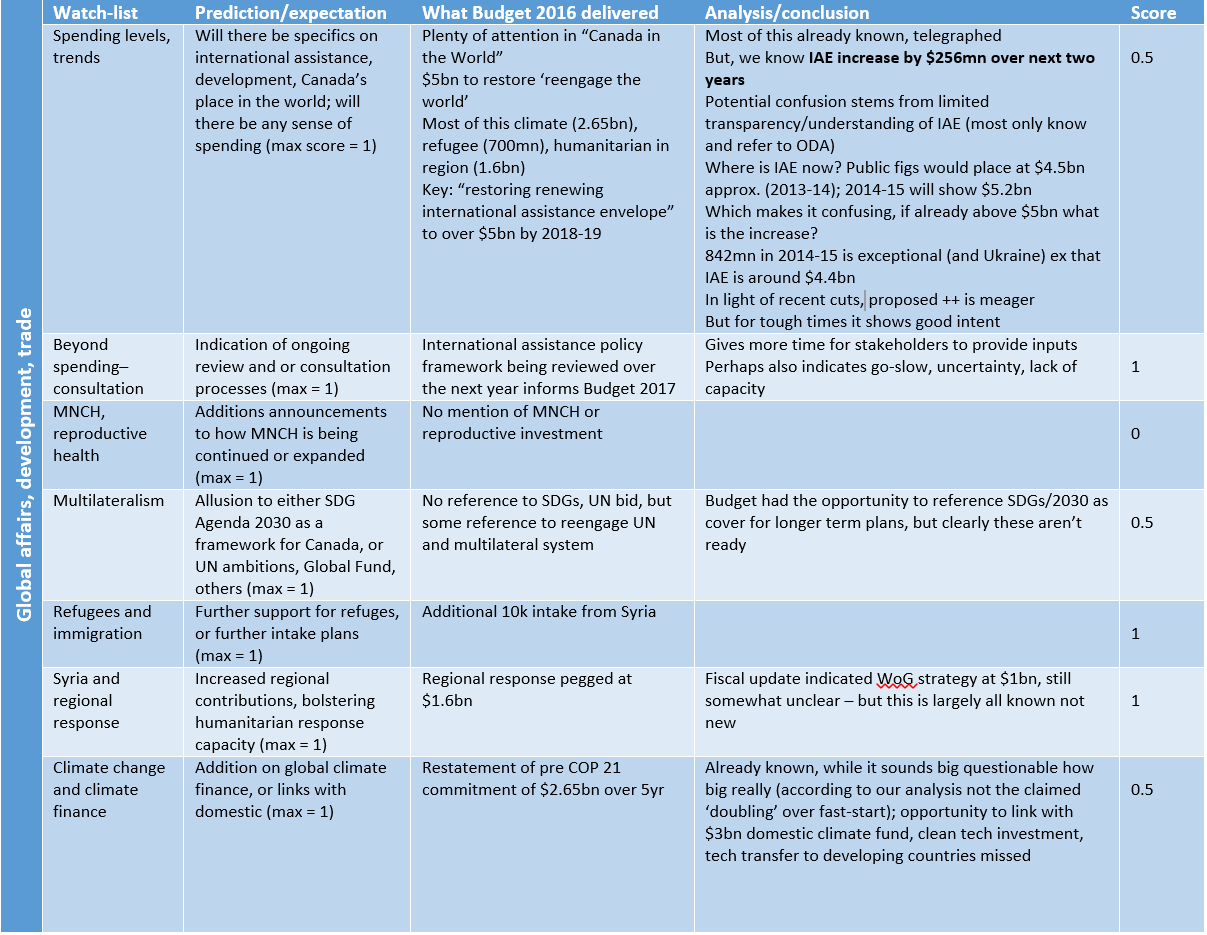