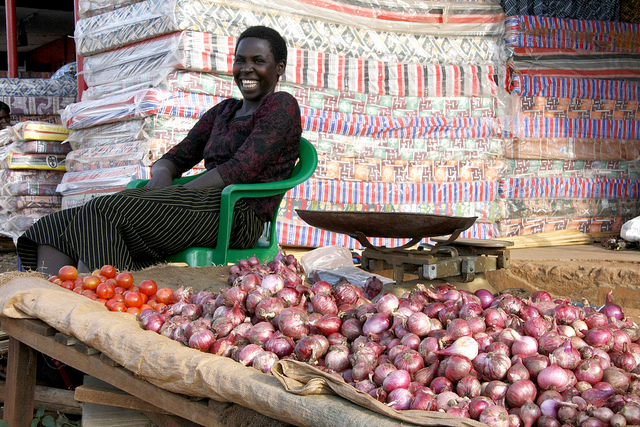 The Gender Equality Advisory Council has called on G7 leaders to “Make Gender Inequality History” at this week’s G7 Summit through “concrete commitments, new investments and measurable targets to advance gender equality”. A key area within this ambitious goal will be targeting women’s economic empowerment through access to financial services and the formal economy.

While significant progress has been made to expand women’s access to critical services like basic health and education, more needs to be done in targeting investments to directly fill gaps in funding for economic empowerment. For instance, women in developing countries are 20% less likely than men to have an account at a formal financial institution and 17% less likely to obtain a formal loan than their male counterparts. Women face similar access challenges when seeking to access financial services, such as savings, insurance, and digital payment methods. Further, women in developing countries are often held back from economic participation by structural barriers – limited education opportunities, early and forced marriage – as well as cultural constraints on their power and influence on economic decision-making. In some instances, women may lack decision-making power over the use of her own finances. Such that, bank accounts registered under a woman’s name may nonetheless be controlled by her male relative.

This week’s G7 Summit serves as an opportune platform for Canada to lead a strategic and committed response among G7 partners to advance gender equality and women’s economic empowerment. However, the Canadian government has a wide array of initiatives from which to choose to support. If Canada is to deliver on commitments to implement the recommendations of the Gender Equality Advisory Council, careful consideration needs to be given to the advantages and limitations of different approaches to promoting women’s economic empowerment around the world.

Microfinance, or ‘microcredit’, refers to a type of banking service that is provided to unemployed, low income, or groups who generally have little-to-no access to formal financial services. As millions of women lack access to financial services throughout the world, there has been a rise in the number of microfinance initiatives aimed at women. The Grameen Bank was the start of explosion of microcredit programs aimed at women. One such example is the Women’s Microfinance Initiative (WMI), which offers small loans to African women (currently in rural Uganda, Tanzania, and Kenya) who otherwise would not have access to funds from formal institutions.

Microfinance initiatives can increase women’s access to the formal economy and positive benefits for poverty alleviation. For instance, it has been observed that when women have greater access to funds, they obtain greater decision-making power in regards to money and their households. It has also been found that, while women typically contribute all of their financial resources to their families, men only tend to contribute approximately 60%. When women gain financial decision-making power, they tend to make decisions that will benefit the entire households; for example, they will tend to make financial decisions that will promote nutrition, health, and literacy within their families.

Despite the potential of microfinance, however, the evidence suggests it should not be regarded as a panacea for women’s economic empowerment since it is relatively unclear whether it benefits entire sectors of women in a country or just particular groups of women within sectors.  Sometimes more debt is not what women need and questions remain about whether there is always a market for women’s micro-entrepreneurial activities. The growth of microfinance has led to serious concerns about sector regulation, financial literacy gaps, and over-indebtedness. Combining microfinance with education or financial literacy training can increase its impact. A holistic approach which supports many aspects of person’s life has been shown to have much greater development impact than a single intervention.

Key Takeaway: Microfinance does not work for all women and needs to be implemented judiciously in combination with other supports.

The lack of access to formal financial and banking services by women has significantly reduced their economic potential and marginalized their role as societal decision-makers. Initiatives such as The International Finance Corporation’s (IFC) Banking on Women Program have attempted to address this problem by providing financing and expertise to emerging market financial institutions  to expand financial services and opportunities for women customers and entrepreneurs. The program provides a full range of debt, equity, and investment products to banks to target women entrepreneurs. There are many organizations, such Women’s World Banking, which aim to improve women’s savings.

Another notable banking initiative is the Village Savings and Loan Associations (VSLA). A VSLA is a group of community members, usually women, who contribute small amounts to group savings monthly with the aim of providing simple savings and loan facilities to communities that typically do not have easy access to formal banking services. The group lends to a member, who then starts a business or expands a current business. Evidence suggests that VSLAs have generated significant positive effects. For instance, it has been found that amongst households that participated within these associations, there was an increase in the amount of meals consumed, an increase in household expenditure, as well as in the number of rooms per household.

Despite the increasing popularity of such initiatives and the initial positive developmental impacts that they have been observed to produce, it is important to note that there is still a relatively little amount known about their full impact on enhancing women’s economic empowerment. One should be weary of the fact that just because there have been observed positive developmental impacts from such initiatives, there may be potential caveats yet to be discovered. Greater women’s banking can improve and increase the use of ID systems and technology, such as mobile money. Technology-enabled solutions may also empower women to overcome some of the privacy and control challenges they face when seeking to manage their finances, stemming from unequal gender norms.

Key Takeaway: Increased banking for women has enormous potential benefit for women but needs to be combined with other services such as peer support, financial literacy training, and mobile money.

A third potential avenue for enhancing women’s economic empowerment is to promote women’s entrepreneurship and help women in developing countries increase their access to the finance, markets, technology, and networks necessary to start and grow a business. One example of such an approach is the Women Entrepreneurs Finance Initiative (We-Fi), which leverages donor funding to invest in projects and programs that support women-led businesses, as well as engage with governments to address legal and regulatory barriers that inhibit women entrepreneurs and women-led firms. Focusing women’s activities on areas of fundamental concern, such as improved nutrition, build towards markets with naturally strong local connections. Women’s empowerment can be supported through improvements in the regulatory, legal and policy dimensions, such as by WEIGO.  Reforms in land ownership will also help.

Despite the increasing popularity of entrepreneurial programs and their reported positive impacts, there are caveats to consider. For instance, it has been found that the effectiveness of programs aimed at enhancing women’s entrepreneurial skills depend largely on the social contexts of the communities and regions in which they are implemented. Women who face fewer social constrictions in accessing business opportunities have been found to receive greater benefits from entrepreneurial training programs than those who face more extreme social restrictions. There are significant differences in what will work for different beneficiaries of empowerment programs. One size does not fit all.

Successful empowerment in many cases requires the ‘localization’ of programs that targets local power structures, the role of men and boys, advocacy, and enhanced roles for local women facilitators. The value added of such programs may be maximized if they are used in conjunction with other initiatives that simultaneously attempt to break down the social restrictions that prevent women in developing regions from embarking in entrepreneurial endeavours in the first place.

Key takeaway: Context matters enormously. A thoughtful diagnostic effort is required beforehand as well as the significant involvement of local women in program design and implementation.