The trouble with Canada’s approach on maternal health 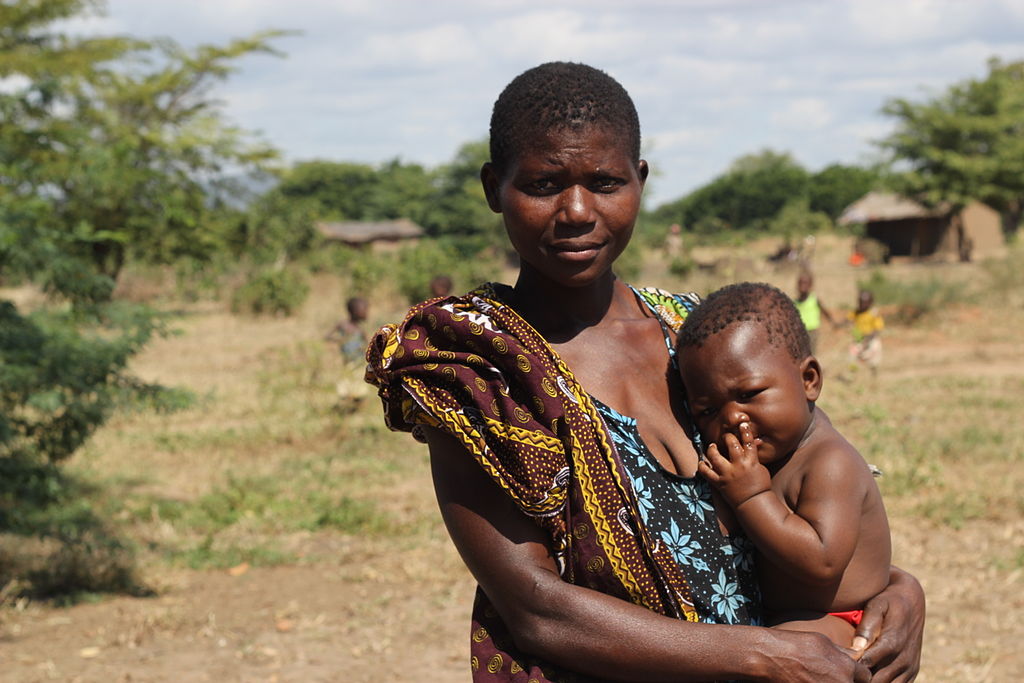 Prime Minister Stephen Harper is proud of Canada’s engagement on maternal health. The Muskoka Initiative, launched during Canada’s G8 presidency in 2010, has committed US$7.3 billion (with $2.85 billion from Canada) to address maternal mortality and child health. During the current election campaign, the Prime Minister refers to it as an example of Canada’s leadership on the world stage. Supporters include Melinda Gates and Ban Ki-moon. The money has undoubtedly shone a light on a key global health issue and saved lives.

The problem is that we don’t want women and girls just to survive. We want them to thrive. Canada’s current approach to maternal health may keep girls and women alive, but it does not promote a context that improves their life chances. It’s simply not good enough. Not for a country like Canada.

A scroll through the list of projects funded by the Muskoka Initiative reveals a clear focus on the provision of health care services: Canada builds delivery rooms, provides equipment, and trains health care workers.

These are valuable contributions. Weak health systems undoubtedly cause maternal deaths. When women arrive at a health facility — often in medical distress after hours of labour — they encounter ill-equipped health centres and poor quality of care. As a result, labour complications can prove fatal. Improving health services will save lives.

But why aren’t women arriving at health facilities earlier — at the first sign of trouble?   The stock responses are that many women live far from health care, with no means of transportation. In countries with user fees, the cost of health services is a deterrent. Women may also be reluctant to leave their family, particularly if health services are located far from their homes.

All important factors, but not the complete answer. The reality is that in many countries, pervasive discrimination and exploitation of women and girls is the root cause of maternal mortality. Until Canada unequivocally advocates for the rights of women and girls, adopts a comprehensive approach to sexual and reproductive health and rights, and implements dedicated programs that advocate and implement those rights, we risk patching women up, and sending them back to the same context that caused their brush with death.

Too critical? Not when you look at the facts. Most Canadians would agree that women and girls should be able to decide when to seek health care; they should be able to choose when and with whom to have children; society should protect them from sexual exploitation; and hard work and determination should shape their life chances, not gender inequities. Sadly, these principles, these basic rights, are out of reach for many women. And the Muskoka Initiative does not work to promote or implement these rights.

Let me illustrate. I’m currently living in Mozambique, so I will draw on examples from here, but they are illustrative of the context facing women in many low-income countries.

Ability to decide when to seek health care

In Mozambique, many women lack the authority to decide when they can go to a health clinic. A recent study interviewed women in rural Mozambique who almost died during childbirth. Over two-thirds of respondents reported that their husband or his family made the decision to go to a health centre.

A simple case of male patriarchy? Not necessarily. In this region of Southern Africa, tradition interprets difficult labour as a sign from the spirit world that the unborn child is illegitimate. Health professionals tell me that some women are interrogated and beaten, asked to reveal the name of the child’s ‘true father’ before they are allowed to seek medical attention. Any successful strategy to address maternal mortality needs to advocate for women to have unhindered and autonomous access to health care.

Ability to choose when and with whom they have children

The Muskoka Initiative promises to provide family planning to 12 million ‘couples’ – not girls or women, but ‘couples.’ It does not recognize the pernicious gender norms that determine the reproductive options of women and adolescent girls.

Mozambique’s cultural norms, like those of many other countries, reflect and foster a patriarchal relationship between men and women. Women and adolescent girls are not always able to choose their sexual partners, negotiate sexual activity, or determine contraceptive use. Adolescent girls are particularly vulnerable.

For poor families, receiving a ‘bride price’ encourages them to marry off their daughters at extremely young ages. In Mozambique, almost 50 percent of girls report being married before age 18, with a shocking 15 percent married before age 15. Marriage is also a loose term — these girls are often second or third wives. Because polygamy is officially illegal in Mozambique, second or third ‘wives’ have no legal status. If they leave their ‘husbands,’ they are on their own, and are not entitled to any support.

Safety from sexual exploitation and violence

When women are not valued or respected, sexual exploitation and violence is widespread.   In Mozambique, sexual relationships between adolescent girls and ‘sugar daddies’ (older men) in exchange for money and goods are tolerated, and in some cases, encouraged. Such relationships are often driven by girls’ extreme poverty and lack of economic and educational opportunities. Knowledge of contraception is generally low, and the ability of girls to negotiate its use in these relationships is minimal.

Sadly, school attendance provides little protection for girls. In one study in Mozambique, 70 percent of adolescent girls reported that some teachers used sexual intercourse as a precondition for advancement.

All of these factors contribute to high rates of early pregnancy. In Mozambique, 40 percent of women have their first baby before age 18. It is dangerous for girls to become pregnant at such a young age before they are physically developed. Childbirth at this age often results in fistulas, so to deliver safely, these girls require cesarean sections, only available in health facilities with operating theatres.

Some girls and women seek abortions to terminate unwanted pregnancies. Given that abortion is illegal in many lower income countries, and carries a great deal of stigma, these abortions are often performed in unsafe conditions, contributing to an estimated 10-to-15 percent of maternal deaths across Sub-Saharan Africa. Abortions pose a high risk for girls given that they are not yet physically mature. While abortion in the first 12 weeks of pregnancy was recently decriminalized in Mozambique, access remains very problematic, particularly within the public health system.

Adolescent girls’ vulnerability to sexual exploitation, combined with their lack of knowledge of contraceptives and safe sex, also contributes to higher HIV rates. In Mozambique boys and girls enter adolescence with the same HIV prevalence rate, but when they reach age 18, women are three to four times more likely to have HIV — a direct result of sexual relationships with older men.

Impact on opportunities and life chances

Adolescent girls who give birth are less likely to be in school. Women who have multiple children have less time and financial capital to invest in themselves and their households. Given their responsibilities for child-care and lack of education, the majority of women engage in informal employment where they have no access to benefits. Financial insecurity may mean that mothers are unable to provide adequate food, education and healthcare for their children.

The evidence is clear and overwhelming: safeguarding the sexual and reproductive health and rights of adolescent girls and women supports their resilience and is a necessary pre-condition for their advancement. These rights ensure that hard work and perseverance shape their future, not exploitation and discrimination.

Promoting sexual and reproductive rights also has clear societal-wide benefits. It unleashes the human potential of millions of girls and women, which leads to clear economic gains. Countries where women’s rights are respected are more productive, prosperous and peaceful.

So Canada’s strategy to reduce maternal deaths must do more than strengthen health services. Canada must unequivocally protect the sexual and reproductive rights of women.   Women must be able to freely choose when and with whom they have children. Our interventions must reduce early pregnancy, and work to ensure that girls are not forced into marriage. And these efforts must be stand-alone programs – integrating women’s rights into development projects often means lip service, not real action.

If a human rights perspective is not sufficient reason for Canada to broaden its maternal health strategy, the consequences of unbridled population growth should be. Many countries in Sub-Saharan Africa, including Mozambique, have extremely high levels of population growth, driven by continued high rates of fertility.

The UN’s 2015 World Population Prospects predicted that by 2100, several Sub-Saharan African countries will increase five-fold by 2100: Angola, Burundi, Democratic Republic of Congo, Malawi, Mali, Niger, Somalia, Uganda, United Republic of Tanzania and Zambia. Mozambique’s population will increase 4.6 times by 2100. This growth, concentrated in countries where people lack access to resources and employment, strains economic development — it does not drive it. Population growth also threatens to overwhelm health and education services, undermining investment in those sectors, and making the achievement of the Sustainable Development Goals unlikely in these countries.

“The concentration of population growth in the poorest countries will make it harder for those governments to eradicate poverty and inequality, combat hunger and malnutrition, expand education enrolment and health systems, improve the provision of basic services and implement other elements of a sustainable development agenda to ensure that no-one is left behind.”

Advocating for the reproductive rights of women and girls is the single best way to avoid the consequences of high population growth in low-income countries. It has a cascade of economic and social benefits. Yet progress on reproductive rights has stood still.

Much of the criticism of the Muskoka Initiative focuses on its failure to include abortion. But as outlined above, the key issue is the Harper government’s failure to address the root cause of maternal mortality — the systematic violation of the reproductive rights of women and girls.

The Muskoka Initiative has covered the expensive interventions — the strengthening of health services.  Including a comprehensive approach to the causes of maternal mortality would ensure that these interventions are sustainable. Advocacy for the rights of women and girls is time consuming, frustrating, but relatively inexpensive. We are missing a critical opportunity to improve the lives of millions.

However, Canadians must remember that the Muskoka Initiative comes from the same government that banned the word “gender equality” from Canadian policy documents, defunded women’s organizations in Canada, stopped advocating for women’s sexual and reproductive rights in international forums, and refused proposals for an inquiry into Canada’s missing and murdered indigenous women. So the failure of the Muskoka Initiative to promote the comprehensive rights of women and girls should come as no surprise.

This article first appeared in partnership with the Canadian International Council and its international-affairs hub  OpenCanada.