The Changing Nature of Humanitarian Crises 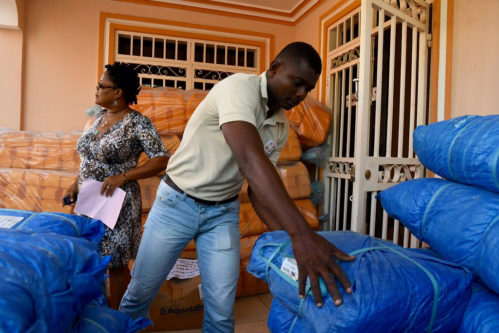 The nature and scale of humanitarian crises is changing. The protracted conflict in Syria, the forced exodus of the Rohingya in Myanmar, the shocking intensity of weather events – these are data points of a dramatically shifting world of crises. As the Canadian government places humanitarian assistance as a central pillar of its foreign policy, this trend demands attention. As host of the G7 meetings this summer, Canada has an excellent opportunity to address this trend with a strategic response.

How are Humanitarian Crises Different Today?

Humanitarian crises today are longer, more intense, and more disruptive than ever before. Indeed, 90% of humanitarian crises now last longer than three years and their average duration is now seven years. Moreover, forced displacement has reached levels not seen since World War II. There are approximately 60 million refugees and displaced people worldwide. It is also estimated that, on average, people now spend 17 years in displacement. Humanitarian funding requests reflect this trend: there has been a 600% spike in humanitarian funding requests since the Millennium Development Goals (MDGs) were launched in 2000.

This trend has been attributed to the convergence of emerging global challenges (i.e. population growth, climate change, pandemics, food insecurity, etc.) and the increased global fragility accompanying this convergence. For example, droughts in the Sahel and Horn of Africa have led to chronic food insecurity and malnutrition. The duration over which these impacts are felt are lengthened by the combined negative influences associated with chronic poverty, climate related shocks, desertification, and conflict over scarce resources in this region.

There is an endogenous relationship between the stressors that contribute to this trend and the humanitarian crises themselves. Although underlying issues, such as food insecurity, are contributing to humanitarian crises becoming more severe and frequent, the crises exacerbate the underlying issues. Worse yet, many of the stressors that contribute to these issues are expected to worsen in the coming decades. By the end of 2030, demand for food is expected to grow by 70%; 47% of the world’s population will live in areas under high water stress; and 62% of the world’s poor will live in fragile states – compared to 43% today.

Of the 125 million people in need of humanitarian assistance worldwide, over 75% are women and children. Their average time spent in displacement is 20 years. The discrepancy between displaced females and males occurs due to the different roles taken during bouts of conflict or during natural disasters; women often stay behind to take care of children and family members, while men tend to leave for the frontlines or to find employment.

Accounts of sexual and gender-based violence during crises have also been increasing. There is an increasing number of women and girls who are victims of rape, sexual assault, forced marriage, domestic violence, and denial of basic resources during times of crises. It is estimated that 1 in 5 displaced women will experience sexual violence. It is also important to note that in crisis zones, there is insufficient medical and psychological care for the victims of such violence since most health facilities are either destroyed or overwhelmed with patients. Because family planning supplies and services are difficult to access at this time, increased sexual violence results in an increased number of unwanted pregnancies and an increased spread of sexually transmitted infections.

Also troubling is that a significant number displaced women during crises are either pregnant or lactating. Pregnant women who give birth while in displacement have very little chances of receiving any medical attention (i.e. antenatal, delivery, and postnatal care) – despite requiring it. This results in many displaced pregnant women being forced to give birth in unsanitary conditions which in turn poses significant health risks to them and their babies.

It has been reported that child marriages during times of crises have also been increasing as more families facing extreme (and increasingly longer) economic stress are choosing to trade their daughters to the highest bidders in order to survive. Consequently, many girls who are forced into marriage are not able to complete their education.

A lack of education during times of crises is an issue that affects displaced boys and girls. Of the six million primary and secondary school-age refugees under the UNHCR’s mandate, 3.7 million have no school to attend. Refugee children are five times more likely to be out of school than non-refugee children. Only half of refugee children have access to primary education, compared with a global level of more than 90%. As they get older, the attendance worsens: 84% of non-refugee adolescents attend lower secondary school, but only 22% of refugee adolescents have that same opportunity. At the higher education level, just 1% of refugees attend university. It can be inferred that as the average duration of crises lengthens, the inability of refugee children to attend school will become even greater.

Does the Global Response Match the Problem?

Despite the humanitarian assistance community pledging record-breaking contributions in recent years, never before has humanitarian assistance been so insufficient. There currently exists a gap between the needs of people affected by crises and the resources that are being provided. Since 2006, this gap has grown more than six-fold and amounted to USD$9.6B in 2017.

To address the unique needs of children and families seeking refuge throughout Europe, the UN Refugee Agency (UNHCR) and UNICEF set up special support centers along the most frequently used migration routes. These centers, termed “Blue Dots”, aim to provide a safe space for children and their families which include vital services, protection, and counselling.

Gender-based violence –regardless of whether it is committed during times of crises or stability – is frequently rooted in sociocultural norms. In an attempt to address this root cause, the International Rescue Committee (IRC) has adopted the ‘Engaging Men through Accountable Practice’ (EMAP) approach. EMAP is a community-based approach that attempts to identify and challenge deeply-held beliefs by men in refugee camps. To transform the perceptions held by men in these camps and impact behaviours, the program coordinates discussion sessions in which local women talk openly about the challenges they face in their daily interactions with men.

To address the challenges faced by refugees that fled while pursuing tertiary education, the non-profit organization Blue Rose Compass is working with young refugees who wish to continue their studies. The organization travels to conflict zones in the Middle East, Africa, and Latin America to identify young refugees (particularly young women) who demonstrate academic promise and drive. Blue Rose Compass helps them apply to local universities and to find employment when they graduate.

Canada has historically been active in responding to trends in humanitarian need. For instance, the Canadian government for several years has been funding the Canadian Humanitarian Assistance Fund which has a specific mandate to facilitate a quick and effective response to smaller, localized disasters that have not yet received global attention.

In 2017, the Canadian government launched its Feminist International Assistance Policy (FIAP) which situated women and girls as a key focal point of Canada’s international assistance efforts. The FIAP’s mandate acknowledged that women and girls are disproportionately affected during crises and pledged an increase in Canadian commitment to support women and girls in its humanitarian response efforts. If Canada is serious about addressing this issue, its response must reflect the changing nature of humanitarian crises and the disproportionate effects this trend presents to women and girls. For example, Canada should ensure that some of the new $2 billion announced in the 2018 budget is aimed toward initiatives that exclusively focus on protecting women and girls from gender-based violence during crisis situations.

Given these fundamental shifts in humanitarian crises and the continually-growing funding gap for international assistance, there exists an opportunity for Canada to respond strategically. The upcoming G7 meetings is an optimal platform to increase global awareness to this trend and to encourage more funding for humanitarian assistance projects.

Canada and the OECD-DAC Aid Statistics

Did Budget 2018 Deliver the Funds Canada Needs to Lead? Nice Try, but No