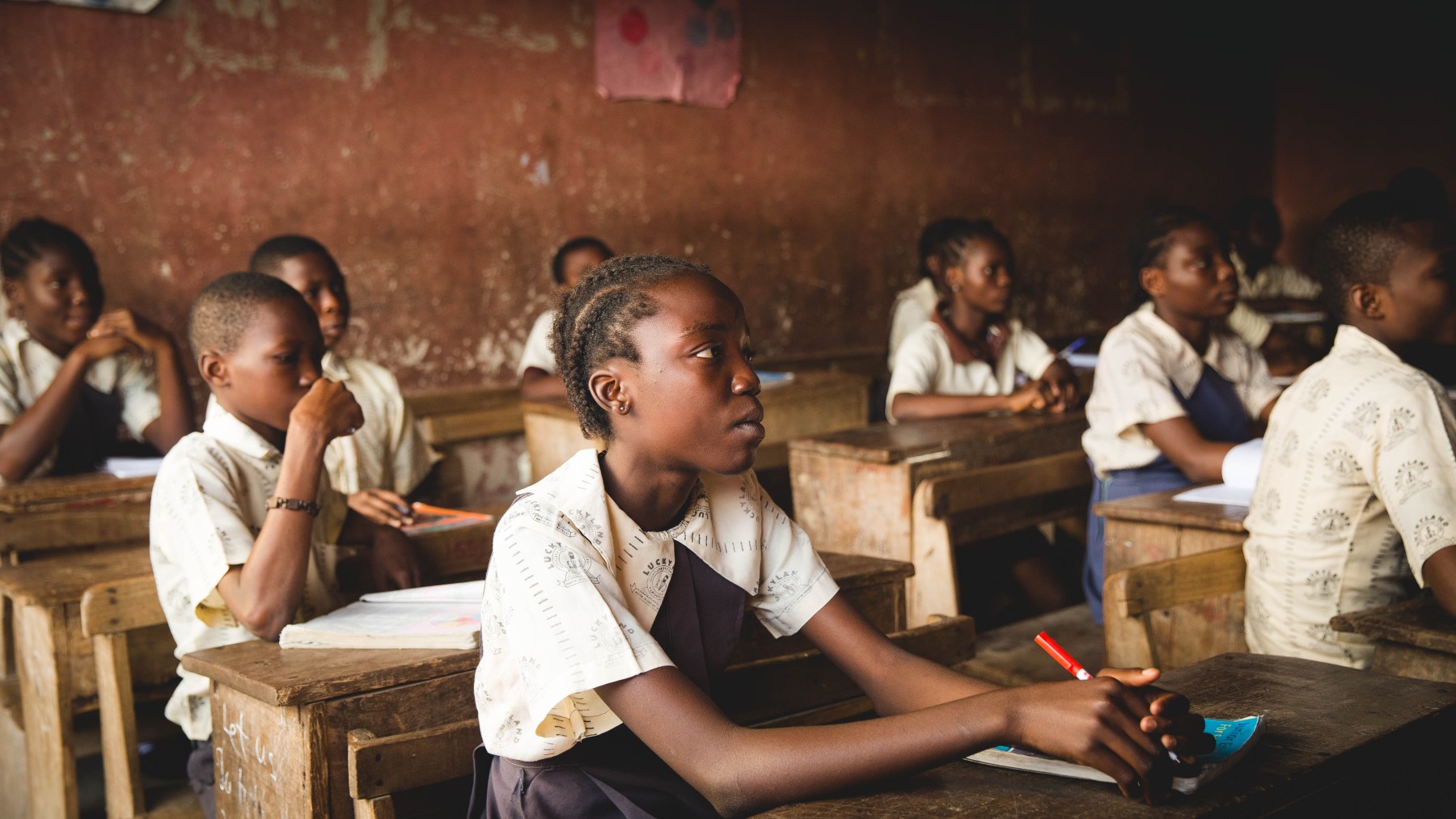 The Global Education Monitoring Report 2016 (GEM) and other reports present a fairly mixed if not discouraging picture of educational outcomes in the developing world. Over 260 million children are still not in school and girls are particularly poorly represented. Poor secondary school systems make for an opportunity cliff for girls; without secondary school places, they may face few good choices. Dropout rates are concerning and increase as girls pass through to secondary and tertiary education, with the rates in Africa notably bad. Teacher absentee-ism is a significant problem. Spot checks conducted by the World Bank, for example, indicate that, on a typical day, 11% of teachers are absent in Peru, 16% are absent in Bangladesh, 27% in Uganda and 25% in India.

Unfortunately, many school systems in the developing world use ineffective, learn-by-rote pedagogical models that derive from a colonial past. Foreign languages are introduced much too early rather than instruction in mother tongues. Teaching methods are highly teacher-centric and focused on exams worth 100% of the final grade. Schools are not well suited to produce graduates with the skills they really need.

Rarely do we see educational interventions that would be appropriate to address the low quality of learning or the high failure and dropout rates. These interventions would include: better teacher training, smaller classes, enhanced community support, differentiated teaching styles, rich extra-curricular activities, systematic performance incentives, and the deployment of educational technology. Most developing country governments would say that such an ambitious policy response is simply unaffordable.

Given this challenge, there are calls for a re-doubling of global efforts, especially for donors to come on board with new funding. The rates for aid for basic education have stagnated. The Sustainable Development Goals (SDGs) have set down some ambitious targets, but there are serious questions about how much they will cost. Donors and stakeholders are engaged in substantial discussions in the run-up to the replenishment of the Global Partnership for Education for 2018. Without doubt, there is wides belief that the business case for education as a development priority has to be made again and again. According to the Global Partnership for Education (GPE), education is fundamentally important to all 17 SDGs.

And GPE appears to be getting some traction, as the US has just announced by US$25 million to US$70 million, the highest ever annual contribution received from the United States. But the funding shortfall needed for education is a quantum leap beyond this.

Despite the evidence about the scope of the challenges in education and importance of taking action, education suffers from some significant handicaps as a priority for donor interests.

Normally, education is paid for from domestic revenues, either from the state or private sources, such as school fees. It is no accident that one of the policy conditionalities of the World Bank focuses on an increase in domestic education budgets.  Donors are less likely to contribute if only because the cost of making a difference is so high. There is analysis that shows extraordinary advances could be taken if even minor increases in domestic revenues were realized.  Even if donors do increase aid to education, there is always the risk that fungible budget adjustments are made elsewhere and no net gain is seen. Accountability challenges make this hard to track. Ultimately the question arises, is this a problem to be solved with ODA?

In the health sector, the effects of weak investment are more public and measurable. There are visible line-ups at clinics and well-publicized tracking of the incidence of serious diseases like HIV/AIDS and malaria. We are getting much better at measuring the stats that health care needs for increased efficiency. Health crises, such as Ebola, can be perceived to threaten the industrialized world much more directly and hence grab donor attention. The gaps in quality learning may not be seen until much later when there are skills shortages in the labour force or low receptivity to health programs.

There is no obvious magic bullet for the challenges in education

In the health sector, there is a lot of (probably misplaced) confidence in the power of new vaccines, drugs, or other technologies to have substantial impacts. The history of educational innovations show less success. For instance, efforts to use ICT, such as one tablet (or laptop) per child, shows that it is very complicated to make a difference. Magic bullets also hold out for the promise of private sector involvement. The advance market commitment model was at least partly about how to make it worthwhile, i.e. profitable, for pharmaceutical companies. The potential profits in the educational sector are less apparent.

Education is a primary vehicle for social reproduction and the cultivation of national citizens, hence states tend to protect it from outside influences. This poses a challenge for donors whose proposed curricular reforms can be perceived as the importation of an external and globalized culture. There is a form of path dependency and perverse outcomes that resists reversal.  Routines, habits and traditions that formed the institution are not easily disrupted. The general poverty of the system tends to push actors towards simply getting enough resources to run the current model, not break out in bold new directions.

Complicating the reform agenda for education is the problematic context. The inequitable outcomes of schooling are often reinforced by external factors such a patriarchal culture that doesn’t value girls, corruption in public officials, and poor employment opportunities generally. Efforts to divert students towards more positive pathways, for example, encouraging girls via cash transfers to delay marriage and stay in school, face opposing social norms.

Fortunately, there has been a wave of experiments, pilots, and innovations across the education spectrum. And there are many actors beyond the GPE who are looking for new ideas and approaches in the education sector. There is a growing body of applied research and program pilots, which examine new models of financing  and other innovations which have potential to improve outcomes. There is wide interest in scaling up higher quality learning. As many commentators have acknowledged that we know far less than we should about what makes a difference in a classroom.

The challenge is that these innovations need to be better known and mainstreamed, and they need to be made coherent with the widespread calls for more investment. Knitting together new ideas with calls for more resources can give hope of moving beyond the plateau that has been reached.

A new conversation about education is needed, one that confronts the blockages to progress and considers responses beyond simply the provision of more aid for education. This conversation entails changing our levels of realism and critically examining innovations that hold promise for substantial change.

As part of a series on the innovation imperative in global development, we will reflect on the above in forthcoming analytical briefs and by convening policy discussions on innovations that can break the logjam in educational quality.