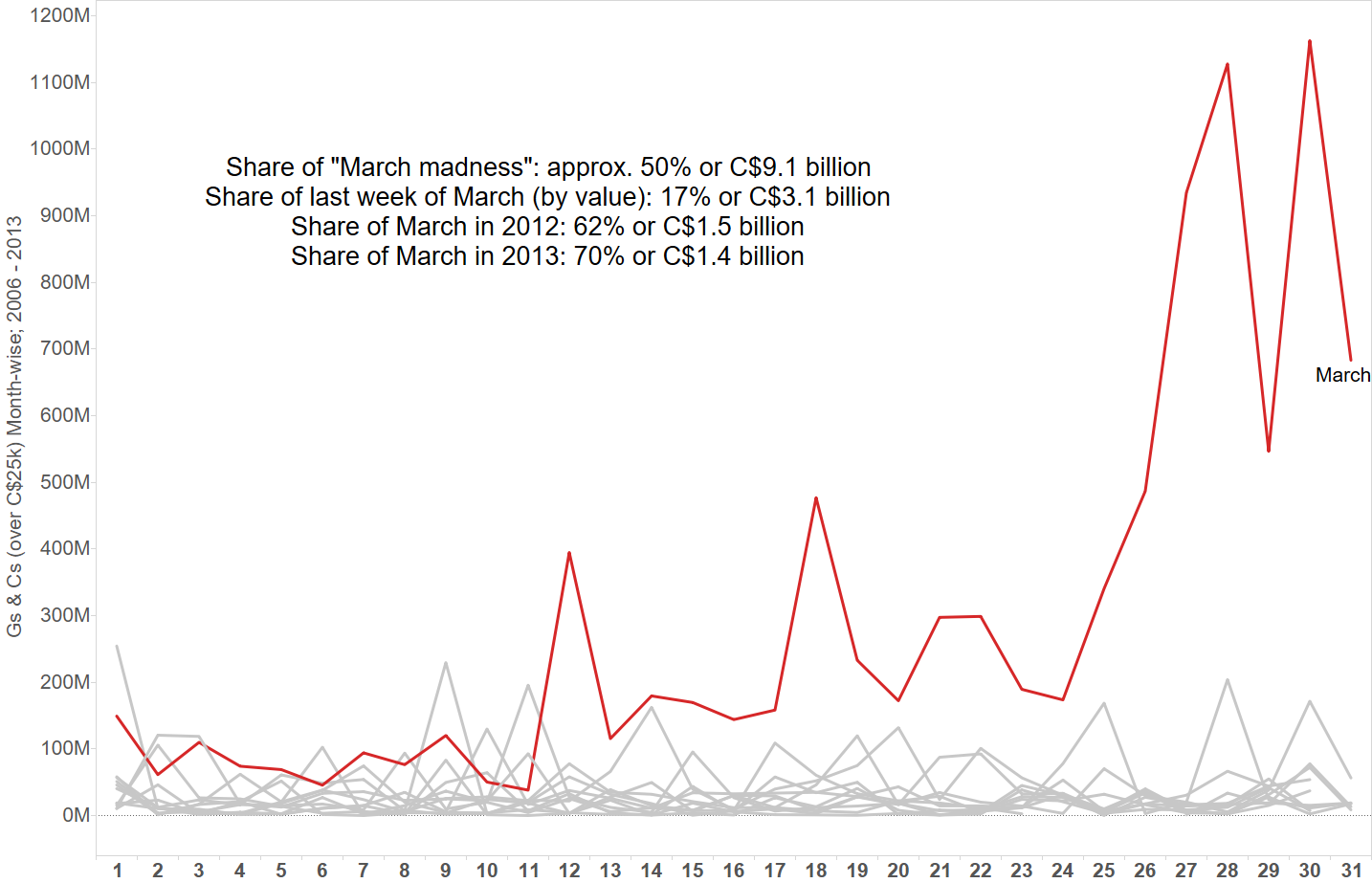 A version of this article was featured on Open Canada.

This week the Liberal government will table its 2017 Budget. While most of the focus will be on domestic themes, we will look for progress towards realizing our globalist, feminist Prime Minister’s (PM) ambition of getting Canada back on the world stage.

The budget is a political document (and the worst kind of political document at that, one with a lot of numbers). Politicians and numbers mix like oil and water — numbers can mask the government’s true commitment or be spun to overplay it. So, we will be ready to un-spin, with several areas in mind.

What to expect on development?

Budget 2016 added $256million over 2 years to the international assistance envelope (IAE). While it was a modest investment (the total budget is nearly $5billion per year), it was still the first increase in years. We do not expect any significant financial addition to this.

Key action on development will likely be outside GAC’s development arm (i.e. outside the former CIDA). Especially key to watch will be the implementation of the development finance initiative (DFI) — a mechanism announced within Budget 2015 by which taxpayer dollars can be used to leverage greater investment in development from the private sector and other non-traditional partners. The initial financial commitment under the Conservatives however was paltry: $300 million over five years. Two years on, the mechanism is not yet operational.

It would be no surprise if the Liberals not only (finally) implemented the DFI, but also stepped it up significantly. Given the scale of opportunity and need, anything less than a quintupling of the Budget 2015 level, or $300 million a year, would be nothing to write home about. Watch for whether it will be setup as an independent crown corporation or remain within Export Development Canada, how the DFI’s risk orientation and development mandate will be secured, and whether it will have the full range of financial instruments.

The PM’s penchant for “doubling”

Despite significant international achievements for which the PM is celebrated by progressives the world over – resettlement of Syrian refugees, leadership at home and abroad on climate change, on global health and sexual reproductive health rights (SRHR) – the Liberal track-record is not without its own flaws.

Budget 2016 had significant transparency gaps. The numbers on Canada’s international assistance envelope literally did not add up.

Unfortunately the PM’s penchant for suggesting everything is “doubling” or otherwise inflating the significance of increases (compared to the Conservatives) has made things worse. It is also at odds with his explicit rejection of development spending targets (like the UN’s 0.7% of GNI) as well as GAC’s position on the same (which has been that 0.7% is too ambitious in the current fiscal climate).

Since assuming office the Liberal government has made a series of key international pronouncements. These are often a combination of lofty rhetoric and big numbers. Let’s un-spin some examples:

In November 2015 just before COP21, describing how Canada was back and ready to play its part, the PM announced a major 5 year $2.65billion climate finance commitment to developing countries and called it a “doubling” of previous levels.

This got us confused. The original fast-start financing commitment to developing countries, made by the Conservatives, was $1.2billion. So it looks like double. But the original commitment was over 3 years. If the Liberal’s were doubling it they would reach it by 2018-19. However as the PM’s website shows, it will not be achieved till 2020-21. This is not doubling.

23% increase in funding to the Global Fund

In September 2016 the PM hosted a very successful replenishment of the Global Fund, which raised nearly US$13billion. Canada received praise for increasing its pledge by 23% (to $804million). More evidence that Canada is back and putting its money where its mouth is.

Except we checked the data. The stuff the Global Fund buys – vaccines, medicines, health equipment – is priced in US$. Which is why the Fund publishes pledges converted in US$.

While Canada’s latest pledge was a 23% increase in Canadian dollars, compared to the last round in 2013 the loonie has fallen about 23% to the US$. Which means in real US$ terms this pledge is flat, or worse, may even end up being a decrease.

Earlier this month on Women’s Day the PM announced $650million (over 3 years), a “doubling” of Canada’s financing for SRHR. Critics (mistakenly) lamented the fact that this comes out of unallocated funds from existing budgets. Mistakenly because so long as topline budgets are going up, even modestly, this is entirely achievable through a combination of allocation, attrition and re-branding. None of which implies anything is being ‘cut’ to make room for SRHR as some have speculated.

But is it doubling and what is doubling? The PM’s math would suggest Canada spends roughly $108million a year on SRHR at the moment.

This is impossible to verify because SRHR is not a category in any Canadian or global aid database. But we can try anyway. To aid the analysis we developed datasets using the government’s own sources and reporting:

– ‘Family planning’ data reported to the OECD (which is a subset closer to SRHR) shows only approx. US$20million (2015). Download here.

We know there are problems with OECD data, so we turn to independent analysis that specifically accounts for these issues and shows Canada spent US$43million on family planning in 2015. That is the closest one can get to SRHR. The point is we cannot replicate the PM’s math and get to $108million. In this case it is the reverse!

The new commitment is in fact much more than “doubling” and we are naturally curious why the PM didn’t say “quadrupling” as would be the case taking the commitment at face value.

It is a pattern

These are not the only examples (not even the only ones in the area of development finance). Rhetoric has not translated into spending on everything from feminism to infrastructure.

In its recent Feminist Scorecard, Oxfam Canada concludes: The Liberal government took several important steps during its first year in office, but its bold feminist rhetoric has not yet translated into policy and spending decisions that push the needle forward on gender equality.

The Parliamentary Budget Office notes: the government’s spending is tracking far short of plans. There is growing risk that money the government originally expected to be spent in 2016-17 will be deferred to subsequent years. These delays are consistent with historical evidence regarding persistent lapses of planned infrastructure spending. Moreover, the government has provided no performance measurement framework with which to evaluate the New Infrastructure Plan’s performance, and only limited visibility on tracking how the money is being spent.

When it comes to Budget 2017 and development watch what they do, not what they say.

Contrary to the skeptics, development spending is increasing, modestly, but increasing after years of stagnation and decline.

The Liberals however are not about to hug balloons reading “0.7% of GNI” any time soon. The political risks of increasing spending by that large a quantum, without real costed investments or strategy, outweigh the political rewards.

Budget 2017 will cobble together re-announcements and prospectively the DFI. The Budget is a political document. Politicians by definition live in spin. So, as the Russians say: doveryai, no proveryai – trust, but verify.