Did Budget 2018 Deliver the Funds Canada Needs to Lead? Nice Try, but No 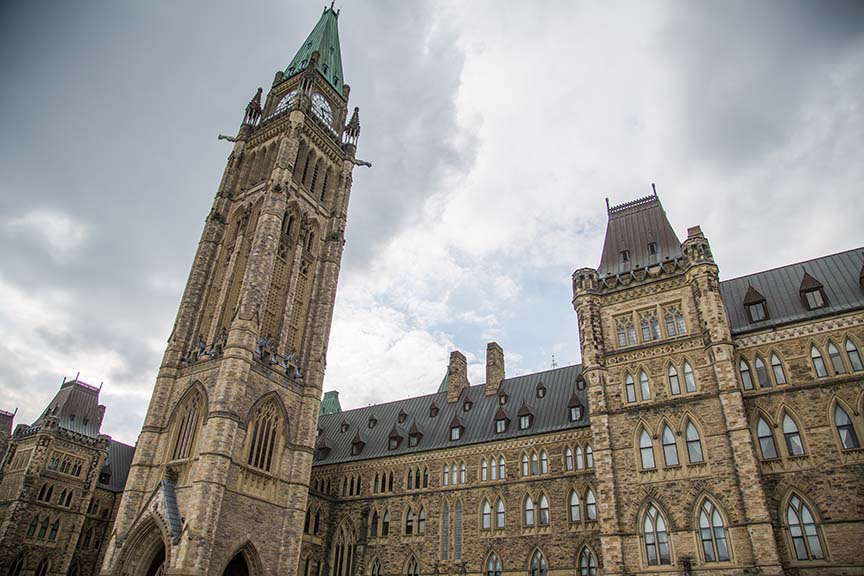 As he tabled Canada’s 2018 budget this week, Finance Minister Bill Morneau described the “additional $2 billion over five years to the International Assistance Envelope (IAE)” as the “largest new investments in international assistance in more than a decade,” and he is right. If he were to point out that this increase to international assistance makes it the second largest area of net new spending in this budget (second only to pay equity according to PMO and Finance officials), he would also be right.

Whether anyone in the Canadian development sector is ready to admit it or not, this, on the face of it, is more than what was expected. And yet if you hear cheering on any of the above, it is misplaced.

But first, how did my colleagues and I at the Canadian International Development Platform do on our predictions? We have reason to gloat! In this piece we take up three out of the five areas we made predictions focusing primarily on how the budget did in terms of development finance (in a subsequent piece we will return to trade and investment).

Even though the budget document doesn’t want to let the cat completely out of the bag ahead of the G7, we got this one right. The two new initiatives proposed this week in support of the Feminist International Assistance Policy (FIAP) are the clearest indication of the increasing importance of leveraging private finance into development — first is the International Assistance Innovation Program (worth about $870 million on a cash basis) and the second is the Sovereign Loans Program (worth about $620 million on a cash basis), both over five years.

These investments are part of a $1.5 billion initiative that will “double the level of Canada’s international assistance provided by innovative tools” over five years. The only other detail we have at this stage is that they will “explore the use of guarantees, equity and repayable contributions.” However, the most important point to note about these efforts is that they are not coming out of new money, but rather reallocation of existing available resources in the international assistance envelope (IAE) base.

As an unabashed proponent of the need to seriously engage (not just leverage) the private sector in development, I welcome this. But there is another side. Without greater evidence that Global Affairs Canada (GAC) and its partners know exactly what they are doing and why — i.e. what the core problem they are looking to solve with this ‘innovation’ is — this can backfire seriously. To date, there is little compelling evidence that Canadian aid bureaucrats make good investment bankers or blended financiers to the developing world, or that they bring some compelling additional value that is not already being provided (including of their own volition, such as with the recent launch of FinDev Canada, which did not even get a mention in relation to these measures).

Prediction #2:  A costed framework for the Feminist International Assistance Policy.

Again, cue gloat, we got this spot on. For the first time since the launch of FIAP we have an actual funding framework. Well, of sorts. We at least have enough to craft an informed opinion of how the feminist Trudeau Liberals view the price tag of ‘going feminist.’

Budgets are political, not financial, documents. Clearly the Liberals have concluded women and the left are where their votes are in the next election, and the wooing starts in Budget 2018. This adds some symmetry to the overall emotive themes. But the financials are a different story. They require some peeling back of the onion, so bear with me:

On the announcement of a new and additional $2 billion over five years: the key part of the finance minister’s statement is how this amount is profiled, i.e. over the course of as opposed to annualized over five years. What on earth does that mean?

Given the IAE is at roughly $5.1 billion (this is our estimate and includes the crisis pool), adding $2 billion at an annualized level would have been a very significant increase, totalling about 40 percent. But it is not. Rather the level of the IAE is being raised by that amount. Which means in the first year, 2018-19, $200 million is added to the base. Thereafter, that level is maintained and an additional $100 million is added every year from 2019-20 to 2022-2023. Therefore, the total new addition is $600 million (which leads to a cumulative increase in the IAE base of $2 billion over five years).

The net increase is approximately 11 percent over five years ($600 million divided by $5.1 to $5.3 billion current base). This implies the IAE will only grow at about a two percent compounded annual growth rate (CAGR) over the five ensuing years.

This is well short of what Canadian civil society groups have called for in their 10-year timetable to reach 0.7 percent of ODA to Gross National Income, or GNI, which requires an over 15 percent CAGR (which seems comically unrealistic after this budget).

It is also well short of what we have argued should be a base case reference scenario, i.e. the ‘doubling of the IAE,’ which the Liberals ushered in back in 2002 (incidentally around the lead up to G7 hosting) and the Conservatives upheld until 2010. That would require a rate of growth roughly four times the effort Morneau has provided in Budget 2018.

Our back of the envelope calculations (using Finance Canada’s four percent long-run nominal growth assumption) indicate that despite this infusion, Canada’s ODA/GNI which is at a near historic low, may well hover around the current level of 0.26 percent if not quite likely fall in coming years (especially if growth is stronger).

While we are no fan of ODA/GNI or 0.7 percent as the definitive measure of effort, if we look instead at our preferred measure of fiscal burden – we predict IAE as a share of program spending will decline, from around 1.76 percent (current/2018-19) to 1.68 percent by 2022-23.

So, despite what Trudeau and his finance minister would like you to believe, in the coming years Canada will spend less on development both as a share of our economy and the federal budget.

As one of the participants at our Finance Canada lock-up surmised as we were doing contortions with officials to try to un-spin the onion — the above taken together implies that Trudeau’s conclusion is that his government’s ‘feminist’ policy is about 12 to 13 percent cheaper as a share of national income relative to Harper’s presumably non-feminist or anti-feminist strategy.

While we are all for efficiency, this seems to fly in the face of all we know about doing development right to ensure no one is left behind. Because reaching the hardest communities is also costlier. And these are real costs that no one from the private sector is going to want to bear.

Prediction #3: A modest increase to the IAE and improved transparency.

“Congratulations on making ‘the largest new investment in international assistance in over a decade.’ But you do realize that is over the course of a decade that has seen (a) the dissolution of your autonomous aid agency (CIDA), (b) significant budget cuts and (c) a budget freeze before that.”

It is partly the cards the Liberals were dealt by the previous government that ushered in a decline in spending. But it is not a hole that only takes money to climb out off. It also takes the responsible management of those funds.

For instance, we predicted the budget would do something to improve IAE transparency. It did. For the first time we have a semblance of the breakdown of the various components, which is good because otherwise from the outside IAE looks like a black box at best and a slush fund at worst.

But, oddly, again transparency does not go far enough. We got nothing by way of improved transparency on the future path of the IAE. Our calculations place the IAE at approximately $5.9 billion by 2022-23. But because there is no graph, table or chart to this effect in the budget, no official could confirm this. So, on improved transparency, which really should be an easy win, the Liberals again left points on the table.

Despite the $2 billion in new money Morneau announced for the IAE in the budget, Canada will host the G7 in June with one of its lowest levels on the ODA/GNI measure and one of its widest gaps below the OECD-DAC average.

Budget 2018 was a small step. Was it enough to position Canada to lead on the global stage? Nice try, but going into a G7, no. We look forward to un-spinning G7 announcements as they emerge.

The Changing Nature of Humanitarian Crises