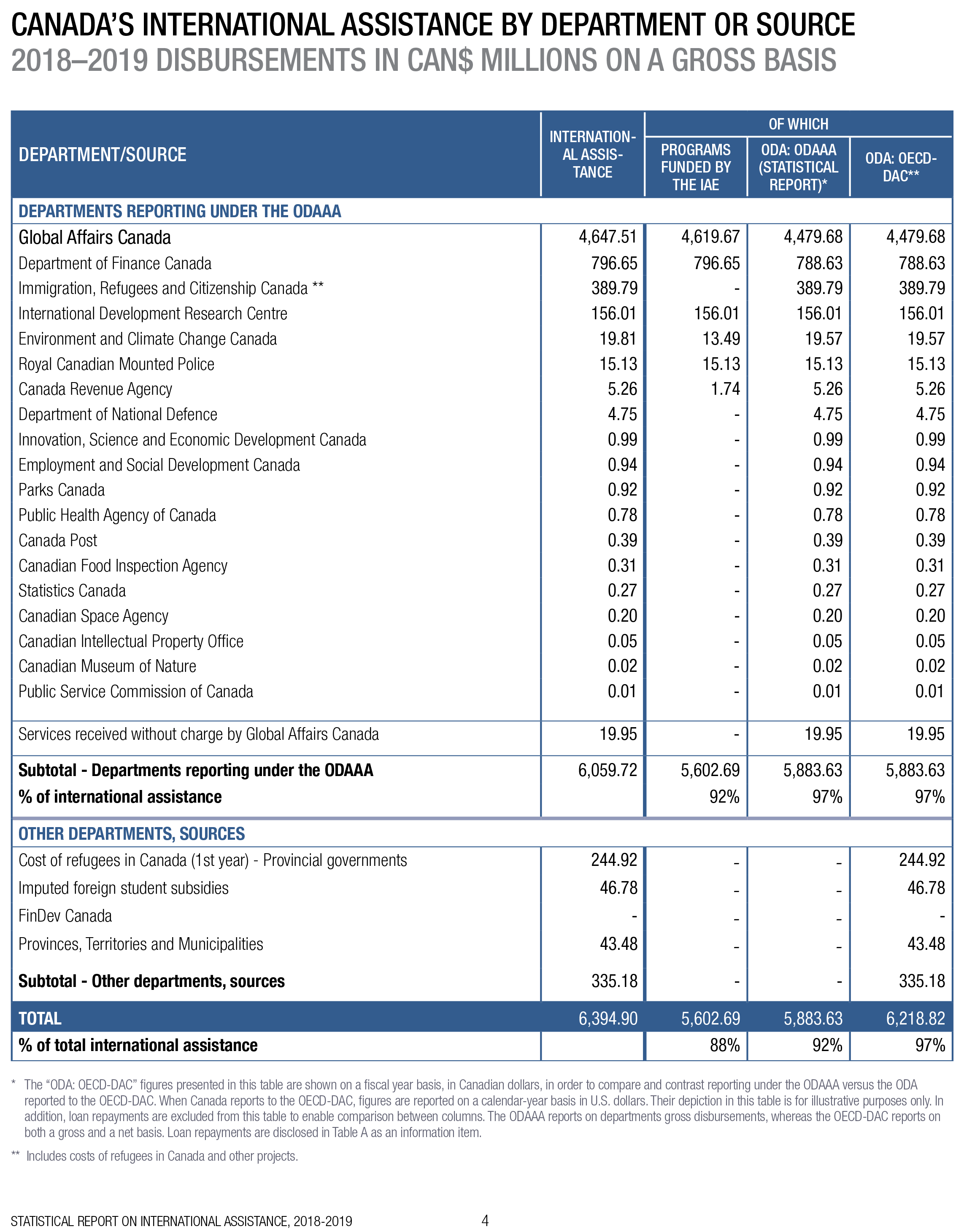 This analysis is based on the GAC Statistical Report on International Assistance for the fiscal 2018-19 years. Interactive data can be viewed and downloaded here.

Increase in contribution to multilateral institutions and GAC funded expenditures

Finance Canada manages Canada’s core contributions to multilateral institutions such as the World Bank Group (including the International Development Association), the International Monetary Fund, and the European Bank for Reconstruction and Development, in addition to  debt relief initiatives.

Finance Canada’s core contributions to multilateral institutions increased CAD$252.6 million from approximately CAD$544.1 million in 2017-18 to approx. CAD$796.6 million in 2018-19. This represents a 46.4% increase over last year’s Finance Canada 2017-18 expenditures. According to OECD data the main reason for multilateral contribution increase is due to an exceptional contribution to the International Bank for Reconstruction and Development (IBRD).

ODA based on OECD DAC data

We estimated Canada’s ODA/GNI ratio (based on Canadian sources) at approx. 0.277, this has been corroborated by more recently updated OECD-DAC data which pegs Canada’s ODA GNI for 2019 at 0.27.

According to OECD data Canada’s ODA increased 0.5% compared to the previous year on a grant-equivalent basis. (This lower than the above reported likely due to currency effect as OECD data are in USD and because “ODA” and “international assistance” are similar but not the same).

Total DAC ODA for 2019 was approx. $152 billion. Canada’s share of DAC ODA is approx. 3%. Canada was the 9th largest ODA provider in the DAC in volume terms, and 15th largest in ODA/GNI terms.